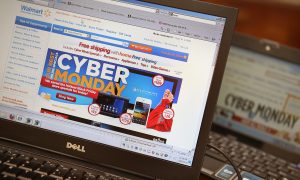 The Marketing Corner: The Rise of Programmatic Buying
0
Business

Bankruptcy Filings Down by 12 Percent

Fewer people and businesses forced to shut down
By Heide B. Malhotra
Print

Filing for bankruptcy should not be taken lightly, because it affects access to future credit, loans, and employment and carries long-term financial consequences.

So it’s good news personal bankruptcy filings are on the decline.

“Robert C. Baron, an attorney with Tully Rinckey in Buffalo, says two factors are driving the downward trend: lower unemployment and more-conservative lending practices by banks,” according to a Nov. 1 article in the Buffalo News.

For example, mortgage debt, the largest piece of household debt, fell by $91 billion to $7.84 trillion during the second quarter of 2013, according to the Federal Reserve Bank of New York. Overall household debt decreased by $78 billon during the same period. Furthermore, delinquencies dropped by 5.7 percent.

Bankruptcies filed in federal courts declined by 12 percent during the 2013 fiscal year when compared to bankruptcy filings in 2012, stated the Administrative Office of the U.S. Courts on October 24.

No Immunity for Repeat Filers

Although bankruptcy filings decreased, there was a large number of filers in 2012 who had filed for bankruptcy in prior years (about 30 percent), according to recent data from the U.S. Courts.

There are limitations to repeat bankruptcy filings. Under Chapter 7, repeat filing can only be done if eight years have passed since the last filing. Under Chapter 13, six years have to pass before one can file again, according to the attorneys.com website.

Article I, Section 8, Clause 4 of the U.S. Constitution governs bankruptcies in the United States. The clause governs both naturalization procedures and bankruptcy.

“Bankruptcy laws make provisions for individuals or corporations that fail to pay their debts,” the U.S. Senate explains.

Congress enacted the Bankruptcy Reform Act in 1978. Over the years, the act has been amended several times.

Bankruptcy cases are filed in the U.S. Bankruptcy Court and are governed by federal law. However, state laws may apply in certain court cases, which may differ from state to state.

“There is a bankruptcy court for each judicial district in the country. Each state has one or more districts. There are 90 bankruptcy districts across the country,” states a section on Bankruptcy Basics, published by the United States Courts.

According to howstuffworks, Title 11 of the Bankruptcy Code contains four bankruptcy filings, Chapter 7, Chapter 11, Chapter 12, and Chapter 13. Each of these chapters governs a different type of bankruptcy: liquidation, reorganization, debts of a family farmer, and debts of an individual, respectively.

Chapter 11 gives a company time to restructure and reorganize, giving it a fresh start once it fulfills the requirements set forth in the Chapter 11 proceedings. However, this type of bankruptcy is very complex and rather expensive.

In the District of Delaware bankruptcy court, the most prominent filing during October was the Hospitality Staffing Solutions Group LLC, which provides housekeeping staff to hotels. According to the media, the company will be auctioned off by Frontenac Co., a private equity firm that bought the company in 2010.

“Savient has entered into an acquisition agreement with a ‘stalking horse’ bidder, Sloan Holdings C.V. (‘Sloan’), a subsidiary of US WorldMeds, LLC,” according to an announcement by Savient.

Often a company under Chapter 11 proceedings will need funds to pay off any debt that wasn’t discharged under Chapter 11. For these reasons, it will sell off some of its assets.

The first bid during bankruptcy proceedings is called a stalking bid. The bid can still be topped by other bidders, but must receive court approval. The shorter the bidding process, the better for the first bidder, while the longer the process the better for the creditors, because they may receive a much better price.

Another bankruptcy case involves Groeb Farms, a global producer of honey and other food items. It announced that it filed a voluntary Chapter 11 bankruptcy petition on October 1 at the U.S. Bankruptcy Court for the Eastern District of Michigan.

While trying to avoid antidumping tariffs imposed by U.S. trade regulators in 2001, “the Michigan honey processor was caught in a Homeland Security sting … due to its buying relationship with Germany’s ALW, which was illegally importing cheap, adulterated honey from China,” according to the Food Dive website.

The company fell behind in debt payments of $27 million after paying a $2 million fine for the illegal import of the honey.

Bankruptcy filing should be the last resort, given the long-term financial ramifications. There are alternative ways to deal with financial difficulties.