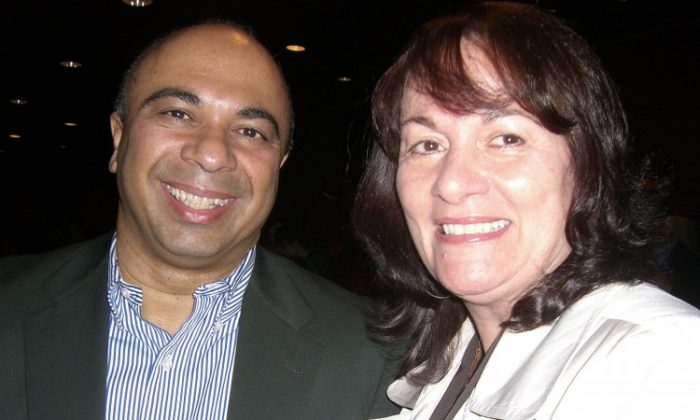 NEW YORK—When Shen Yun Performing Arts performed at Lincoln Center on Thursday April 19, the evening ended with two curtain calls, a standing ovation, and an encore from the last vocalist.

Carlos Soto, senior vice president for HSBC for Connecticut and New Jersey, was among the audience. He said he received a message of serenity from the performance.

Mr. Soto has always been interested in the Chinese culture. Shen Yun, based in New York, tours the world with the mission of reviving the 5,000-year-old, divinely inspired Chinese culture.

At the heart of a Shen Yun performance is classical Chinese dance, which “has a long history of thousands of years, passed down continuously within the imperial palace and ancient Chinese theater and opera,” according to the company’s website.

Mr. Soto enjoyed the dance and the colors, as well as different techniques incorporated into the performance.

Accompanying the dancers is a digital backdrop and a unique orchestra that melds Western and Chinese instruments, which Mr. Soto enjoyed.

“I try to listen to the melody and the tone that is given to me,” he said. “[That makes me feel] relaxed.”

Mr. Soto said a message he received from the performance, and the different stories and legends, was how “good always triumphs evil.”

Owen Sergeant, an accountant, was also in the audience on Thursday.

“It was wonderful,” he said. “I have learnt a lot. I find the show very inspirational.”

Mr. Seargeant enjoyed the simplicity of the monks in Joyful Little Monks, a dance that depicts young apprentice monks humorously having fun while cleaning their monastery.

“It shows how people can enjoy the simple tasks of life,” he said.

Mr. Seargeant enjoyed how the performance is “packed with action, [which] could be very suitable for children.”

“I know children can learn a lot from the show,” said Mr. Seargeant. “I encourage the community at large to support a show like this.”