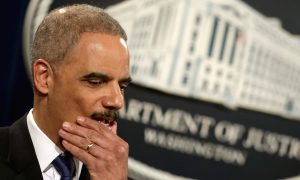 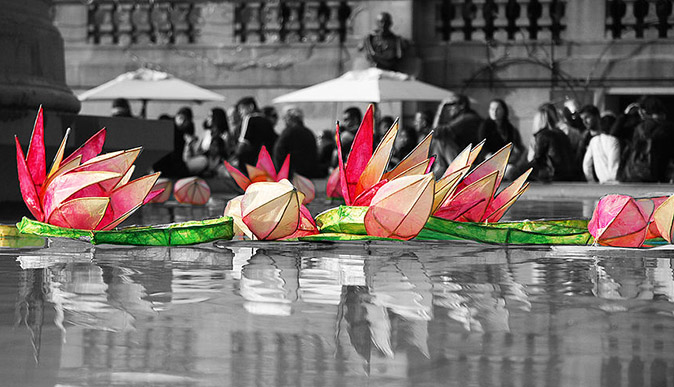 Diwali celebrations in the City of London.(everheardofaspacebar, CC BY)
Careers

The crash of 2008 revealed an ethical crisis in banking, one of our most powerful and critical industries. To encourage bankers to clean up their act, proposals including caps on bankers bonuses, better risk management and tighter regulation were all put forward. However, all attempts to change behaviour have frustrated the regulators as finance workers are stubbornly refusing to change their values.

The latest suggestion for a new oath for bankers comes from the think-tank ResPublica. Under the plan, bankers would pledge to always place their customers’ interests ahead of their own, and to “confront profligacy and impropriety”. Invoking the language of faith, ResPublica head Philip Blond said such an oath would “finally place bankers on the road to absolution”.

Maybe a little more faith is indeed what is required to clean up the industry. At least the powers that be are finally waking up to the importance of banking’s ethical crisis. At a recent conference on “inclusive capitalism”, IMF head Christine Lagarde and Mark Carney, governor of the Bank of England, both sounded very strong warnings about financial ethics. And yet even these major figures complained about a severe industry pushback against reform, in spite of huge losses and scandals.

There is little respect for rules and regulation, in spite of the fact the industry has been so toxic. Carney aptly said: “Ultimately … integrity can neither be bought nor regulated.”

It seems more regulations or initiatives may not be the real answer to the ethical crisis in banking. Reform has to happen from the inside out, and true change can be enriched and empowered by taking on board the lessons of some of the planet’s oldest spiritual traditions. So why not look east? In the dharma traditions of Hinduism, Buddhism, Sikhism and Jainism there are several profound messages about humanity’s relationship with money and possessions that could influence the content of a bankers’ oath.

Seeing how the City or Wall Street relates to the big issues of the day – inequality, global warming, sustainable growth and development – is again impossible if ethical considerations are ignored. These are very big questions, ones which we must face head on, as the price of ignoring them has already been too high. For far too long, finance has been preoccupied with its own neo-liberal theories of market efficiency and perceptions of superior intelligence, which have repeatedly failed humanity. Humility is much-needed, but rarely practised.

Look to the Wise

However, many bankers working in the City of London come from cultural and faith traditions which have explored these issues very deeply, and developed wisdom which has stood the test of time.

For example, Hindus believe in Lakshmi, the goddess of wealth, and regularly pray to her for strength and prosperity. Lakshmi is seen as a temperamental and whimsical goddess – characteristics she shares with money itself – and she needs to be pacified and respected. Also when Hindus pray for prosperity, it is not just for their own family, but for the empowerment to help the wider community through charity and generosity. In fact, the word for Hinduism – Sanatana Dharma – means the science of universal sustainability. For Hindus, capitalism is inclusive of the whole planet and not exclusive to themselves.

I am a Jain, as is the present chief executive of Deutsche Bank, Anshu Jain. For thousands of years, Jains have held the view that money can never bring lasting happiness, and that we have to actively practice detachment from wealth and possessions – a concept known as aparigraha. Money should never be allowed to become a master of life and purpose. In fact, this philosophy has played a big role in helping generations of Jains to become very successful entrepreneurs and financiers.

The Jain dharma originated from India, and one of its central tenets is ahimsa – respect for all living beings. The word “dharma” itself means the science of sustainable living, and the Hindu, Sikh, Buddha and Jain traditions have a strong underlying scientific and ecological philosophy.

Rituals are also an important reminder of values and purpose. Chopda Pujan is a timeless Hindu-Jain ritual which brings entrepreneurs together every year on Diwali to pray to Lakshmi and thank her for the success she has endowed, and ask her for greater empowerment to help others through their businesses in the coming year. It is still widely practised throughout the UK and the world by these communities.

The collective act of worship reminds people that they are interdependent, and their own success and happiness is not disconnected from the wider community and society. Some very good City organisations led by young professionals such as the City Hindus Network and the City Sikhs Network already educate people about these traditions. In the heart of the City, these young leaders are trying to transform its values, through their own resourcefulness and social concern.

Banks urgently need to enter into a multi-faith dialogue with such groups. Some attempts have been made: the City of London hosts a multi-faith tent called St Ethelburga’s Centre for Peace and Reconciliation, for instance. Faith traditions have been an important resource for regulating finance in the past, and can also do so in the future.

Bankers need to recognise the huge damage their industry is doing to the future of our society. Taking an oath and thinking seriously about faith, ethics and sustainability could be the start of a new future for banking. The answers are already there in human history, wisdom and experience. Money once again needs to become a servant and not a master.

I am presently Co-Chair of the National Council of Faiths & Beliefs in Further Education, a non-profit charity. I have conducted seminars in the past on Faith and Finance at St. Ethelburgas. This article was originally published on The Conversation. Read the original article.