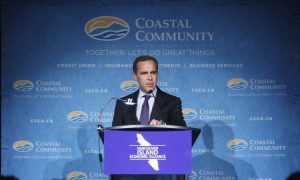 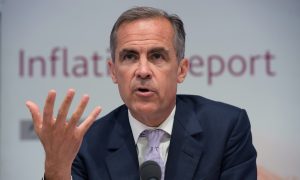 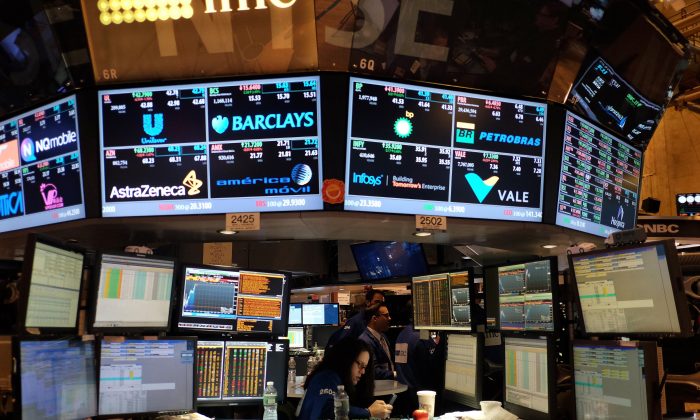 Traders work on the floor of the New York Stock Exchange, in New York, on Feb. 6, 2015. (Jewel Samad/AFP/Getty Images)
Business

LONDON—The Bank of England refrained Thursday from raising its interest rate from a record low of 0.5 percent as weak inflation make the timing of a first increase ever more uncertain.

The bank’s policymakers voted 8-1 at their November meeting to keep rates unchanged.

The meeting was closely watched as Bank of England Governor Mark Carney has said the end of the year will bring more clarity as to when rates will rise. But when remains an open question: the minutes to the meeting showed policymakers found the near-term outlook for inflation was weaker than when last assessed in August, due in part to lower oil prices.

The bank’s policymakers believe that it was more likely than not that inflation would remain below 1 percent into the second half of 2016. The bank’s target is for inflation of around 2 percent.

Britain’s economic growth remains among the fastest among developed economies and positive domestic economic data in recent weeks has added pressure on policymakers to raise interest rates. But it wasn’t yet enough to persuade policymakers to act.

“All members agreed that the likely persistence of the headwinds restraining economic growth following the financial crisis meant that, when Bank Rate did begin to rise, it was expected to do so more gradually and to a lower level than in recent cycles,” minutes of the meeting showed. “Such guidance, however, was an expectation and not a promise: the path that Bank Rate would actually follow over the next few years would depend on economic circumstances.”

Ian McCafferty voted in favor of an increase, preferring to raise the bank rate by a quarter of a percentage point.