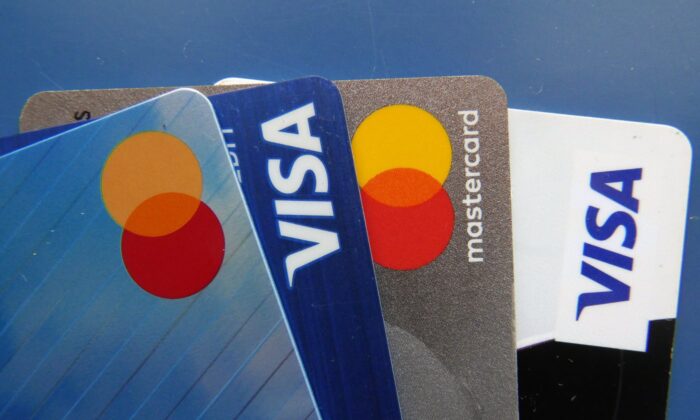 An analysis of Bank of America’s (BoA) aggregated credit and debit card spending growth per household has shown a slowdown in such activity, underlining the negative effect of inflation.

“In the 28-day period ending June 30, aggregate Bank of America card spending (credit and debit) per household was up 3.3 percent YoY (year-on-year). This was a slowdown from the 4.0 percent YoY at the end of May,” the July 7 report (pdf) states.

In May, the Consumer Price Index (CPI) and Personal Consumption Expenditure (PCE) inflation rates were 8.6 percent and 6.3 percent year-on-year, respectively, and according to the bank, these are expected to stay “elevated in June.” The yearly growth in inflation-adjusted spending for households was “negative in June.”

Card spending per household has been slowing down since early April. However, BoA points out that part of this moderation could be due to the fact that consumer spending typically peaks in March and April, and then eases until the holiday season.

As gas prices hit a record high in June, consumers allocated an “increasingly big share” of their budgets to fuel their vehicles. The bank’s card data shows that average gas spending—as a share of total card spending—per household jumped to 9.8 percent among low-income households making less than $50,000 per year. This is up from 7.7 percent in February.

In June, gas spending rose 4 percent, BoA senior economist Aditya Bhave said in a research note titled “The ‘inflation tax’ gets real,” according to Fortune. In the last five months, gas spending has risen by 20 percent. Bhave says he is seeing a “broad-based slowdown” in consumer spending.

“Gas prices are starting to hurt,” he wrote. “This has started to take a toll on other categories of consumer spending, including services.”

According to data from the U.S. Bureau of Economic Analysis (BEA), consumer spending declined for two straight months in April and May.

In March, the personal consumption expenditures (PCE), a measure of consumer spending, grew by 1.2 percent. This was followed by a 0.6 percent growth in April and an even lower 0.2 percent increase in May, which was the smallest growth in five months.

Experts are worried that low-income households could end up relying on credit cards to meet their daily expenses, given the rise in food and gas prices. However, inflation seems to have not yet pushed Americans to such a change, the economist said, based on BoA card data.

Consumers are in “better shape” to respond to an economic slowdown now than they were in the past several business cycles, David Tinsley, senior economist for the Bank of America Institute, said in a July 7 press release.

“But with some slowdown in services spending, we may need to wait until the summer is over to get a clearer picture of the strength of the underlying consumer momentum.”