A Hands-On Review of Autodesk Softimage 2010
0 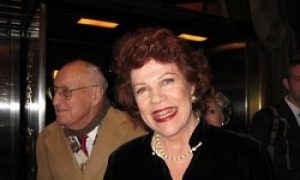 World Renowned Cellist: ' I loved every minute of it'
0 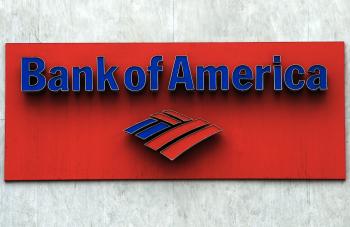 Bank of America Corp. (BAC), the nations biggest lender by assets, reported first-quarter earnings that came in below expectations late last week, and revealed that it may continue to suffer from weaknesses in the mortgage and real estate markets. (Mark Ralston/AFP/Getty Images)
Business

By Antonio Perez
Print
NEW YORK—Bank of America Corp. (BAC), the nation’s biggest lender by assets, reported first-quarter earnings that came in below expectations late last week, and revealed that it may continue to suffer from weaknesses in the mortgage and real estate markets.

BAC said that fiscal first quarter earnings were $1.7 billion, a 39 percent decline from the same period last year. But it was the first time in three quarters that the banking giant reported a gain. The earnings of 17 cents per share came in below analyst expectations, but top line revenue of $26.9 billion were better-than-expected.

"Our customer-focused strategy is working well, and we also benefited from improved credit quality,” said CEO Brian Moynihan in a statement. For the most part, the company is on the path to recovery, he said.

Despite the good news, the company continued to be hampered by mortgage-related weaknesses. "These factors were partially offset by higher legacy mortgage-related costs, higher litigation expenses, and lower sales and trading revenue from the record levels reported in the first quarter of 2010,” said BAC.

The company also announced that it would replace Chuck Noski, its chief financial officer. He will be replaced by former Securities and Exchange official Gary Lynch, which would no doubt smooth relations between the lender and the regulator.

BAC has one of the biggest portfolios of legacy mortgage related assets in the industry, SEC records show, due to its size as well as the portfolios inherited from Countrywide Financial, which the company bought.

Last week, BAC announced that it resolved a longstanding dispute with insurer Assured Guaranty Ltd. over certain claims against BAC related to residential mortgage-backed securities which were insured by Assured. BAC will pay $1.1 billion, and up to an additional $500 million in shared losses.

BAC disclosed on a conference call with investors and Wall Street that doesn't foresee mortgage-related losses to end in the near future.

"We believe the interest rate environment will remain challenging and don't expect the mortgage picture to improve significantly for several quarters,” announced Noski in a call on Friday.

Commenting on its business prospects, “It’s really a tale of two cities; the rest of the company [besides mortgages] continues to push forward,” Moynihan said in an interview on Bloomberg Television’s “InsideTrack.” “The mortgage business continues to push us back, and we’ve got great customer activity in those other businesses.”

Shares Down on the Year

BAC’s stock has stumbled in the early going this year. As of Friday, BAC’s shares have declined more than 2 percent since Jan. 1. The trend mirrors its rivals Citigroup Inc. and Wells Fargo & Co., while JPMorgan Chase & Co.’s shares have gained more than 6 percent on the year.

According to regulatory filings, Warren Buffett’s investment company Berkshire Hathaway sold all of its stake in BAC during the fourth quarter of 2010. Buffett held more than 5 million shares.