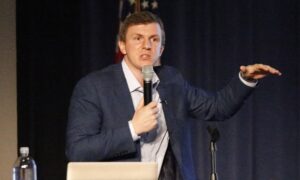 Bank of America to Forgive $3 Billion in Mortgages

On Wednesday, Bank of America Corp. announced that it would forgive $3 billion in mortgages, affecting roughly 45,000 struggling homeowners.

The Charlotte, N.C.-based banking giant is the first major U.S. bank to forgive debt, and in turn, put a dent in U.S. foreclosure numbers. The bank said that the forgiveness plans would kick in starting in May.

“The centerpiece of these enhancements is a program of earned principal forgiveness that addresses severely underwater mortgages with some of the highest rates of delinquency—specifically subprime loans, Pay-Option ARMs, and prime two-year hybrid ARMs that are 60 days or more delinquent with a principal balance of 120 percent or more,” said Barbara Desoer, president of Bank of America Home Loans, in a company statement.