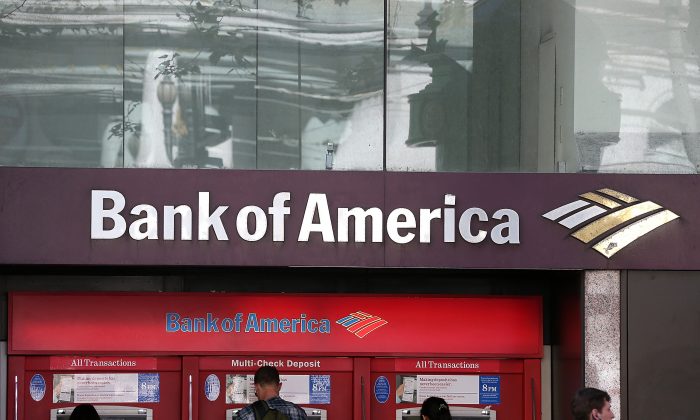 Bank of America: $60 Billion Loss Could be Incurred, Report Says

The Motley Fool website’s Amanda Alix writes that some analysts have speculated that the loss would be attributed to a penalty regarding $108 billion in losses suffered by a group of 22 investors, including BlackRock, PIMCO, and Metlife.

Mark Palmer of BITG research told the Motley Fool that around 56 percent of the “Countrywide MBSes MBIA insured had issues so odious that a lender would be too embarrassed not to repurchase them.” If the percentage was applied to the $108 billion, it would come out to around $60.5 billion, he estimated.

The report comes after a settlement between Bank of America and the 22 investors for $8.5 billion. Some investors have claimed that the bank placed its own interests above others by changing elements of the mortgage-backed securities. It then failed to buy them back, the Fool said.

One analyst told the website that the damage could ultimately cost the bank between $25 billion and $30 billion.

Bank of American acquired Countrywide Financial in 2008. The proposed settlement was met in June 2011, reported Reuters.

The court that ordered the withdrawal said the agency did not give a reason for the decision.

A new hearing is slated for May 30 in New York on whether the $8.5 billion settlement should be approved.

The FHFA is in charge of Freddie Mac and Fannie Mae, which back around half of all U.S. loans, as Reuters points out. They were seized by the government in 2008 over massive mortgage losses.