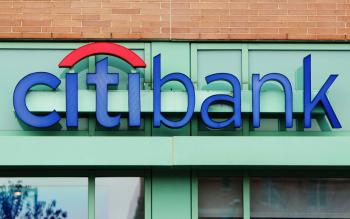 NEW YORK—The debate over nationalization of U.S. banks will likely intensify this week as investors grow increasingly tired of repeated rhetoric from the banking sector as well as Washington.

The uncertainty battered Wall Street last week as the Dow Jones Industrial Average fell over 6 percent to its lowest level in six-years. The financial sector led the decline.

Shares of Bank of America Corp. fell more than 35 percent last week to new lows, and shares of Citigroup Inc. declined almost 45 percent to $1.95. Bank of America and Citigroup are the most likely to be nationalized among large banks.

“This administration continues to strongly believe that a privately-held banking system is the correct way to go, ensuring that they are regulated sufficiently by this government,” Gibbs said. “That's been our belief for quite some time and we continue to have that.”

However, analysts are skeptical as the plan lacks details on how the federal government plans to deal with toxic financial assets. There is speculation that the plan is based upon setting up a government-backed entity to purchase such assets from banks.

But so far, President Obama has not tackled the banking problem with the same speed and vigor as the foreclosure or tax credit issue.

“We see no reason why a company that is profitable, with strong levels of capital and liquidity, and that continues to lend actively should be considered for nationalization,” Bank of America CEO Kenneth Lewis said in a statement.

Toxic mortgage-backed assets continue to plague bank balance sheets, and plummeting stock price of major U.S. banks last week did nothing to assuage investors that the government may step in and wipe out investor equity.

"Unless investors are somehow convinced the assets are worth more or banks are willing to sell for less, the only option might be broad nationalization," BMO Capital Markets analyst Benjamin Reitzes said in a CNN interview.

Both Bank of America and Citigroup have received billions of dollars in financial aid from the government.

Across the Atlantic, the U.K. has already nationalized two of its biggest banks. The HM Treasury holds a majority stake in the Royal Bank of Scotland Group, once the second-largest bank in the U.K., and the Lloyds Banking Group.

Nationalizing major banks—or any private institution, for that matter—is a risky maneuver for any government.

While some experts argue that nationalizing banks is the most effective, and quickest, way to end the credit crisis. But critics say that if history is any indication, nationalization carries huge risks to the economy as well as the banks themselves.

First, most of investor capital will be wiped out in a federal nationalization.

In addition, not only will nationalizing major banks add trillions of dollars worth of risk onto the Federal Reserve’s balance sheet, it must also assume all of the banks’ risk. Also, juggling the interests of both taxpayers as well as the bank is a high-wire act that may not benefit either party.

But as major banks continue to bleed cash and shareholder value, the U.S. government may be running out of time and options.