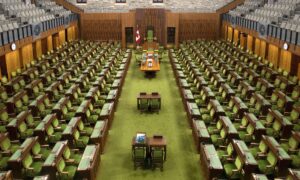 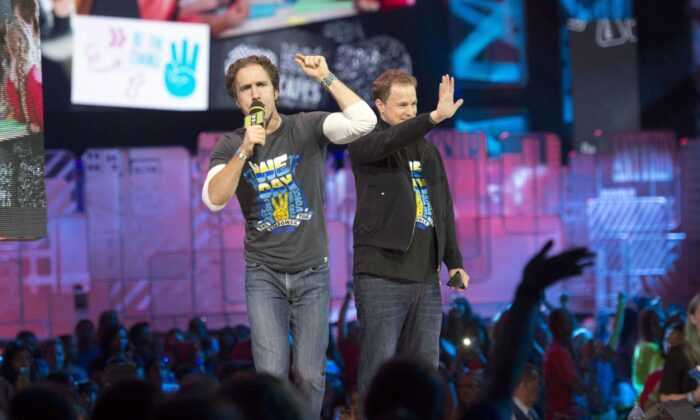 WE Charity co-founders Craig Kielburger (L) and Marc Kielburger speak during We Day in Toronto on Oct. 2, 2014. (The Canadian Press/Hannah Yoon)
Canada

‘Bang for the Buck’: WE Scandal Puts Focus on Charities

Although the WE Charity scandal has the potential to threaten the reputation of charities in general, experts say that despite negative headlines about the affair, many resources exist for people to give confidently.

Charitable donations have been falling. One in five people filing taxes in Canada reported charitable donations in 2017. These donations, totalling $9.7 billion, amounted to only 0.54 percent of total Canadian income and represented part of a downward trend since 2006, when that figure was 0.78 percent, according to the Fraser Institute.

Kate Bahen, managing director of Charity Intelligence Canada, hopes the scandal won’t discourage giving even more. She tells The Epoch Times that all of the charities her organization has done a “deep dive impact analysis on” provide a good “bang for the buck.”

“There are a lot of really good charities out there. And I think the WE scandal and it being in the news for so long, one of the concerns that I have is that people are going to think all charities are like this. And they won’t understand the context—that not every charity is going to be like WE.”

After the federal government awarded WE Charity a contract potentially worth over $43 million to manage a new $921 million federal program, it came to light that the organization had paid Prime Minister Justin Trudeau’s mother, brother, and wife for dozens of speaking engagements and employs one of Finance Minister Bill Morneau’s daughters. WE was awarded the contract without a bidding process.

Most of the payments to Trudeau’s family came from the ME to WE social enterprise, which is the WE organization’s for-profit arm.

New details emerge almost daily. On July 27, The Globe and Mail reported that the contract was signed on June 23 but came into effect on May 5. The contract called for the federal government to pay WE Charity $30 million by July 2. WE pulled out of the contract on July 3.

Charity Intelligence Canada has done reports on 780 charities, studying their impact and use of finances. Bahen says many aspects of WE’s governance and structure raise questions.

“The contract was with this brand new WE Charity Foundation,” she explains. “It has three directors who all work for WE [Charity]. It had no assets, and WE said that was to limit their downside risk, because I guess if you wanted to sue the party for a contract you could, but there wouldn’t be any money there.”

Canadaland reports that in 2018 and 2019 WE Charity was found to be in breach of its bank covenants for loans. Even so, more than 7 percent of its funds those years flowed to the private corporation ME to WE Social Enterprises Inc., owned by WE founders Marc and Craig Kielburger through their controlling interest in a holding company.

“Charities are not like this. This is an extraordinary circumstance because it’s all business and corporations and private businesses. This doesn’t normally ever happen,” Bahen says.

Lori Turnbull, director at the School of Public Administration at Dalhousie University in Halifax, says charities do what governments cannot.

“There are significant parts of our social fabric and our social network that are carried by, provided by the charity sector that governments actually aren’t doing. That work is important for a lot of people in our society, that that work is being done by someone,” says Turnbull.

“There’s a cost to doing work, whether it’s charitable work or not, but everybody wants to think that if they’re making a donation to charity that it’s going to the right place, it’s going to someone who needs it.”

“There’s a need to have an independent observation of that as opposed to the government trying to hold charities to account for things. And especially to the extent that they [charities] do some advocacy, I think it makes some sense to make an independent assessment,” Turnbull says.

“That can help a lot, especially if the charities themselves really buy into it and they strive toward a good rating.”

According to Bahen, 77 percent of users of CharityIntelligence.ca said the organization helped them give with greater confidence. These donors say they gave 34 percent more as a result.

Bahen says she’s glad that current donors are “giving themselves the permission to ask questions, take their time, and do a better job.”

If charity begins at home, so does accountability, she adds.

“I always believe you start looking at yourself first. Did you know your giving? Did you do your due diligence on the money you gave? One always hopes and trusts that governments that hand out billions of dollars to charities are doing their due diligence, but I think we start by looking at ourselves and looking at our own giving.”