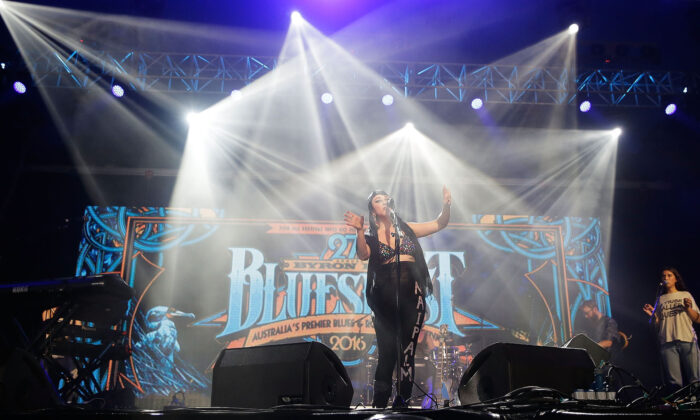 The Australian entertainment industry has been dealt another blow with the introduction of new COVID-19 restrictions, which prohibit singing and dancing at outdoor events.

The public health order, issued on Tuesday, had already been in place for indoor activities but has now been amended to include outdoor ones.

This comes as the state recorded 34,759 new COVID-19 cases on Tuesday, bringing the total number of known active cases to 333,235.

The new restriction means that event organisers must ensure that no one other than musical performers sing or dance at their events, rendering music festivals practically impossible to run.

The Grapevine Gathering, an annual music and wine festival held on the Roche Estate in the Hunter Valley has had to cancel their festival scheduled for Jan. 15.

“We are extremely heartbroken to share with you that just four days out, we must cancel this weekend’s Grapevine Gathering NSW,” a spokesperson for the festival said in a statement on Tuesday.

“We are deeply sorry this news has come at the final hour. We understand many of you have had travel plans & arrangements locked in for some time.”

The spokesperson also noted that the Grapevine Gathering had a government-approved COVID-19 safe plan in place for months, and had continued to communicate with the NSW Government on all the required safety measures.

The cancellation is expected to result in a loss of over $5.2 million (US$3.75 million) to the greater Hunter Valley region, with 1,400 jobs lost across artists, food vendors, security, production, ticketing staff, and others involved in the festival.

All ticket holders have been guaranteed a refund.

Meanwhile, the annual Illawarra Folk Festival, which would have started on Thursday (Jan. 13), dodged a disaster by cancelling their event months earlier.

The festival usually runs for four days every January, hosting folk artists from around Australia and the world, but the 2022 festival was pulled in September 2021 due to too much uncertainty.

Festival Artistic Director, David De Santis, told The Epoch Times that they couldn’t afford to risk all the preparation only to see the event cancelled at the last minute.

“It was too much of a financial risk,” he said.

“We have a limited budget, so it would have been difficult for us to stay afloat if the event had been cancelled.”