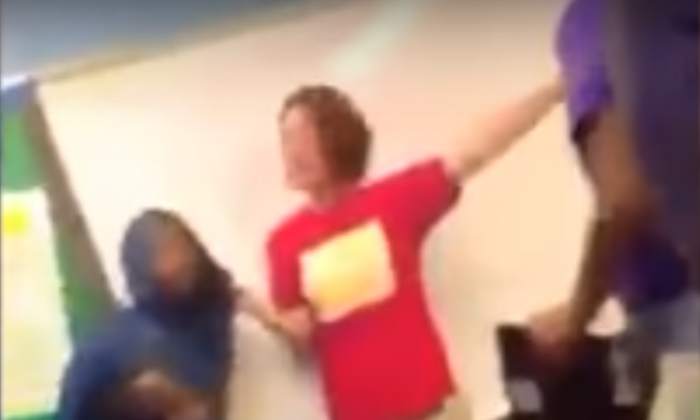 The incident occurred Tuesday, according to Baltimore City Public Schools spokeswoman Edie House Foster. The science teacher at Harlem Park Elementary/Middle School is no longer employed by the school system, according to Foster. She did not identify the teacher.

Schools CEO Sonja Santelises said at a news conference Thursday that “The behavior in that video was not about a teacher trying to regain control of the class.”

The 1 minute, 22 second video, which was posted on social media, showed a white teacher berating the mostly black students in a classroom. The teacher called them “idiots” and “stupid.”

The teacher also used the N-word, asking students if they want to get an education or end up broke.

The Baltimore Teachers Union said in a statement that it condemns the language the teacher used.

“The Union stands together with Baltimore City Public Schools in supporting respectful and equitable learning environments for all our students,” the statement said.