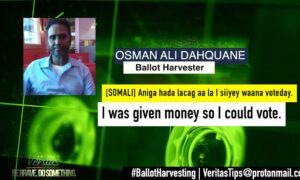 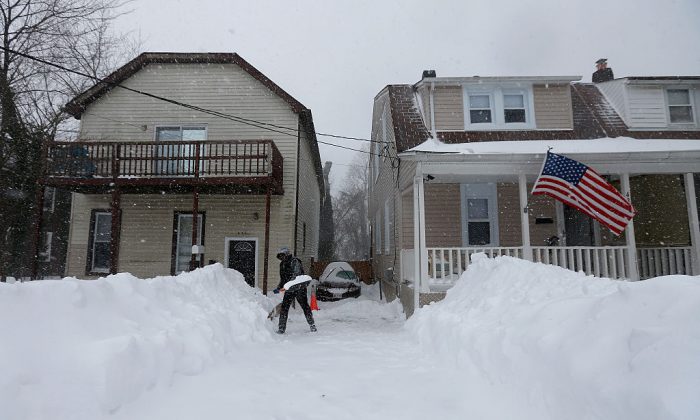 Devery East shovels snow from his driveway in Baltimore, Maryland on Jan. 23, 2016. (Photo by Rob Carr/Getty Images)
US

Baltimore Public Schools were closed on Jan. 4, after parents and teachers complained about classrooms that had turned frigid due to plumbing and heating issues.

“She actually said she couldn’t feel her feet at one point. I texted her back and said are you joking? She says—no.”

That was Nikki Massie, describing a conversation with her 16-year-old daughter who attends a public magnet school in Baltimore. It’s one of Maryland’s highest-performing high schools.

On Jan. 3, four schools shut down because of facilities problems, but the rest remained open despite temperatures that hovered around 40 degrees Fahrenheit inside, reported NPR.

“As of now, I have on four shirts, two hoodies, and a jacket,” Frederick Douglass High School senior Dennis Morgan told the outlet. “It’s kind hard to get comfortable when you’ve got so many layers on and you’re not used to it and you’re still cold.”

A direct result of socio-economic status & public school administrators obsessed with % of students in school… https://t.co/urnVU9N5mN

Baltimore Teachers Union President Marietta English sent an urgent letter to the school district’s CEO, Sonja Santelises, advising her to close the schools until the heating issues were fixed.

“I implore that you close schools in the District until your facilities crew has had time to properly assess and fix the heating issues within the affected schools in Baltimore City,” English wrote.

“This is the best way to ensure the safety of our members and our children.”

Santelises said in an address to the public that “too many of our buildings have outdated heating systems, poor insulation, and aging pipes as a result of years of inadequate funding for maintenance and facilities improvements,”  reported the Baltimore Sun.

Del. Maggie McIntosh, chairwoman of the House Appropriations Committee, said the backlog of school repairs is an ongoing issue.

We had heat in the morning but it quickly went to blowing cold air. We are not in Baltimore but are in a well-respected one about 30 miles away. We stayed all day as well. It sucks all around and NO child should have to endure this at school. (Name covered to protect kiddo.) pic.twitter.com/1yJD4CH4Q5

“We are the wealthiest state in the country,” the Baltimore Democrat told the Sun, “and to think there’s any child right now, today, in this state in a school without heat is wrong and we need to fix it. Now.”

While schools are closed on Thursday, they may re-open on Friday.

Alison Perkins-Cohen, the chief of staff for the Baltimore City Schools, said in a Jan. 2 pdf letter to families of students and staff members that the goal is to keep schools open whenever possible.

“Only when problems affect large portions or all of a building do we make the decision to close the school,” she wrote.

“We want students to have every possible opportunity for teaching and learning, and we also want to make sure that students can get the services and supports that many families rely on — for example, warm meals and before and after-school care. This means that we keep school buildings open, even when conditions are sometimes less than ideal.”