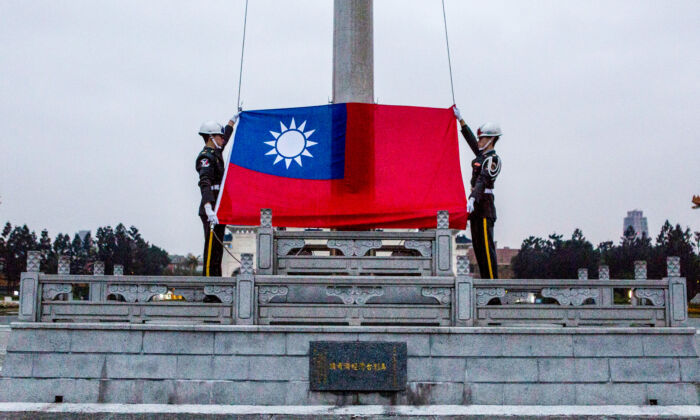 Lithuanian parliamentarians, along with lawmakers from Latvia and Estonia, landed in Taipei on Nov. 28 to attend a Taiwan-led democracy forum in early December.

The visit is occurring as Beijing downgraded its diplomatic ties with Lithuania to the level of charge d’affaires and put economic pressure on the Baltic state over its decision to allow Taiwan to open a de facto embassy in its capital city of Vilnius.

“This trip will be another step in understanding each other, because we are dealing with the same challenges,” Matas Maldeikis, chair of the Lithuanian Parliament’s Taiwan Friendship Group, told the Taiwan state-owned news agency Central News Agency (CNA).

Dovile Sakaliene, a Lithuanian lawmaker, said she was glad to visit Taiwan. As an outspoken critic of the communist regime, she has been listed on Beijing’s travel ban.

She told CNA that it’s “an honor” to be blacklisted by the Chinese regime and that delegates jokingly said they might join the list soon after the trip.

Earlier this year, the European Union leveled sanctions against Chinese Communist Party officials for their role in overseeing the repression of ethnic Muslim minorities in Xinjiang, which led to Beijing slapping retaliatory measures against European politicians and entities.

According to Taiwan’s Ministry of Foreign Affairs, 10 lawmakers from three Baltic states will participate in the 2021 Open Parliament Forum, which is set to be held from Dec. 2–3. Delegates will meet Taiwan’s President Tsai Ing-wen along with other senior officials.

The Chinese regime claims the self-ruled island as its own territory, to be taken by force if necessary. The regime has also prevented other governments from forming ties with the democratically governed island.

The island’s offices in other European countries and the United States are under the name of the city Taipei, a term used to avoid drawing the wrath of the communist regime. But, in defiance, the Taiwanese Representative Office was inaugurated in Vilnius on Nov. 19.

Lithuanian Foreign Minister Gabrielius Landsbergis told Reuters during a visit to Washington that Beijing had cut trade links with the country and pressured third countries not to do business with Vilnius.

Lithuania is working to reduce its reliance on China and diversify its supply chains, Landsbergis said, saying the small EU nation is showing the world a model to withstand the Chinese regime’s pressure.

“In the short term, it is painful for any country when your contracts are cut,” he said. “But it is short term, because markets adapt. Companies adapt.”

The United States offered Lithuania financial support by signing a $600 million export credit deal with the nation on Nov. 23. According to the readout of the meeting with Landsbergis in Washington, U.S. Deputy Secretary of State Wendy Sherman underscored “ironclad U.S. solidarity” with its NATO ally.

Meanwhile, Washington also maintains a robust relationship with Taipei. A U.S. congressional delegation visited the island on Nov. 25, just two weeks after six Republican lawmakers made a trip to Taiwan.