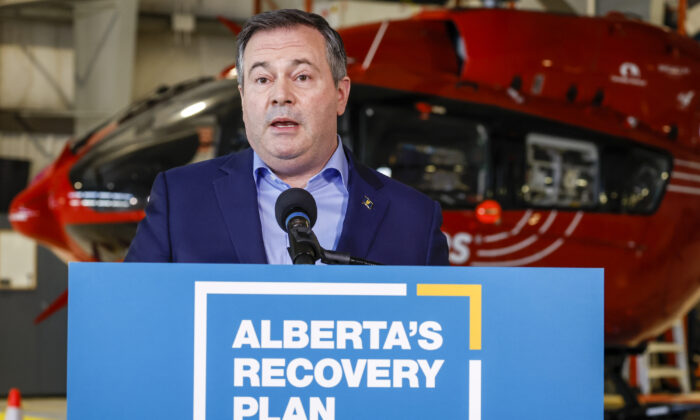 The mail-in leadership review of Alberta Premier Jason Kenney has begun, as volunteers started the process of checking voter identification on May 12 with the final results of the vote to be published on May 18.

Party spokesman Dave Prisco said the entire process will be monitored closely to ensure the integrity of the result. The public can also watch a livestream of the work on the United Conservative Party (UCP) website.

“Volunteers are verifying that each ballot package received meets the requirements. If it is, then the sealed ballot secrecy envelope is placed in the ballot box for (future) counting,” Prisco told The Canadian Press.

“This entire process is being overseen by the returning officer, scrutineers and (third−party audit firm) Deloitte Canada.”

Scrutineers include volunteer constituency associations’ presidents, secretaries, and CFOs, according to a video clip posted on UCP’s website.

Prisco said the ballots will be counted and the results published on May 18. The party said they will also livestream the tally to be transparent.

Ballots were sent out a month ago to almost 60,000 eligible party members with the question: “Do you approve of the current leader? Yes or No?’’

The review was delayed by a year and then pushed up to an in-person vote in Red Deer, Alta., on April 9 after fierce demands from almost two dozen constituency associations.

The expected 3,000 voters ballooned to 15,000, prompting the party executive, citing the difficulty of logistics, to announce the vote would be expanded to all 59,000-plus members with balloting to be done by mail.

Kenney’s opponents have criticized the move to use mail-in ballots. Some said the change was an indication that the premier was going to lose, which the UCP board has denied.

Kenney said in an interview with CTV News on May 7 that he is confident he will stay in the job but will respect whatever the result may be.

“I’m confident that I’ll be endorsed. Regardless, I’ll respect the decision that they made,” the premier said.

Kenney needs 50 percent plus one to stay on. If he doesn’t, he has promised to quit—as per the rules—so a race could begin to pick a new leader.