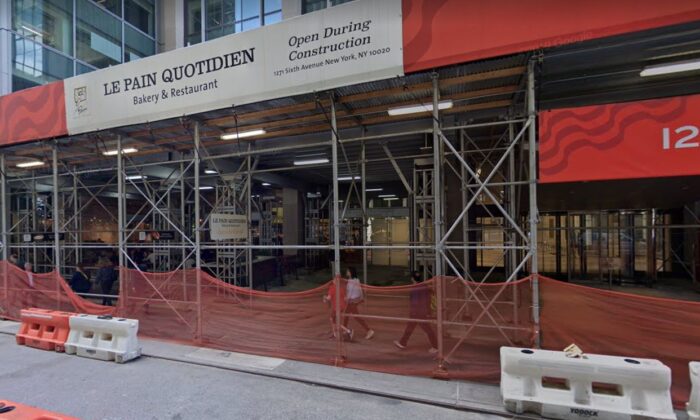 Bakery chain Le Pain Quotidien has filed for bankruptcy in the United States to prevent shutting down permanently, according to a statement. (Google Maps)
Companies

Bakery chain Le Pain Quotidien has filed for bankruptcy in the United States to prevent shutting down permanently, according to a statement.

PQ New York Inc., which owns the restaurant, on Wednesday also “announced an agreement to sell substantially all of the Le Pain Quotidien Bakery & Restaurant business in the U.S. to Aurify Brands LLC,” the statement (pdf) said.

The firm added that it filed for Chapter 11 bankruptcy in Delaware.

“Concurrently, the company filed a motion requesting approval of the asset purchase agreement with Aurify Brands, which was reached following a robust marketing process,” it added.

The company noted that the COVID-19 pandemic is a reason for why it filed for bankruptcy and is pursuing a sale, noting that its 98 restaurants in the United States were shuttered in March 2020 due to the outbreak. Nearly all of Le Pain Quotidien’s employees were laid off “primarily due to the COVID-19 outbreak,” the firm said.

“The Aurify Brands transaction provides for the reopening of 35 or more of those restaurants to serve LPQ’s loyal customer base. Further, the transaction is expected to create approximately 1,000 jobs, including the rehiring of a number of the company’s former employees at goforward locations,” the statement said. It’s not clear what will happen to the remaining 73 stores.

Started in Belgium in 1990, the company, whose name translates as “the daily bread,” opened its first U.S. location in 1997. It had more than 290 locations around the world at its peak, according to USA Today.