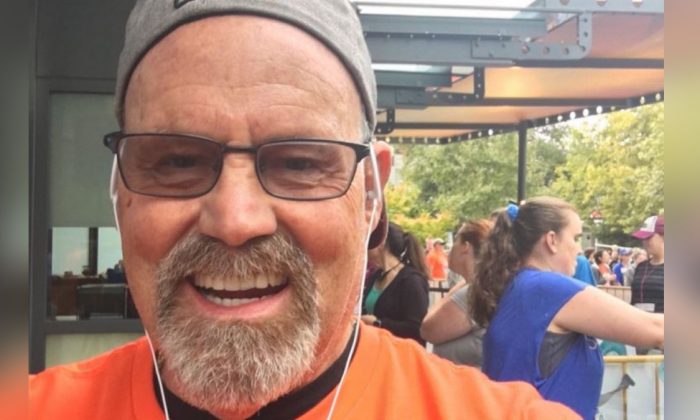 Ken Bellingham, who owns Edmonds Bakery in Washington state, retracted his apology for baking cookies with the "build the wall" slogan on them, telling people to "lighten up." (Support Edmonds Bakery/GoFundMe)
Politics

A baker who apologized for baking cookies that had lettering on them saying “build the wall” has retracted his apology.

Ken Bellingham owns Edmonds Bakery in Washington state. After cookies he baked with the slogan written on them prompted complaints, he apologized.

But Bellingham said in a new statement that he was “unapologizing,” while reintroducing the “build the wall” cookies.

He said that he’s protected by the First Amendment.

“Am I supposed to be quiet because I can’t write what I want, or I can only write what they want or makes them happy? No. That’s not how it is. They can write whatever they want on their own cookie and I can do that on mine,” he told KOMO.

He called the decision to sell the cookies a business decision, not a political one.

“People should lighten up,” said Bellingham, as he etched ‘Lighten Up’ on a heart-shaped cookie.

Ana Carrerra originally shared a picture of the cookies, saying the phrase hurt her. “It’s hard to see words like that,” she told King 5. She said that her parents fled to the United States from Mexico in the ’80s because of drug cartels.

“We were born here, but my parents were the stories you see on the news of people crossing the border because they just want a new start,” Carrera said. She claimed that “build the wall” was linked to white supremacists without citing evidence.

President Donald Trump has championed the southern border wall since announcing he was running for president, arguing that a wall is the most effective way to stem the flood of illegal aliens flowing into the United States from Mexico.

In just two months in late 2018, for instance, 100,000 illegal aliens poured across the border. A number of them claimed asylum, contributing to the backlog of cases in courts that usually end with aa rejection of the claim.

While 89 percent of asylum-seekers from Central America pass an initial credible-fear screening at the border, only 9 percent are subsequently granted asylum by an immigration judge, according to the U.S. Department of Justice (DOJ). Of those who pass their initial screening, 40 percent then fail to lodge an official asylum application and 31 percent fail to show up for their immigration court hearing, according to the DOJ. And, of those, most remain in the wind.

The situation has led to up to 29 million illegal aliens living in the United States.

Business Has Gone Up

Bellingham said that business has gone up considerably since one customer’s complaint about the cookies led numerous news agencies to publish stories on the situation.

“I have so many new customers,” Bellingham told My Edmond News. “I did as much stuff as I did on Saturday, which is our best day, and we’ve done better than that.”

“I can’t even do the ones to be picked up tomorrow,” he added.

Bellingham said that the message on the cookie was originally meant to be a joke with his family.

“My daughter-in-law is political,” he said. “And her daughter and her were teasing each other back and forth while I was writing funny sayings on the cookies, and that one just came up.”

He has a long history of writing different words on his cookies, including “I Love Tacos” and “I’m Offended.”

Bellingham noted for people who are trying to paint him as a racist for wanting proper border enforcement that he is a devout Christian who travels to Mexico twice a year on mission trips.

“We dig ditches, we paint buildings, we did a water-treatment filter system,” he said. “We go out to the surrounding villages and ask people if they want prayer.”