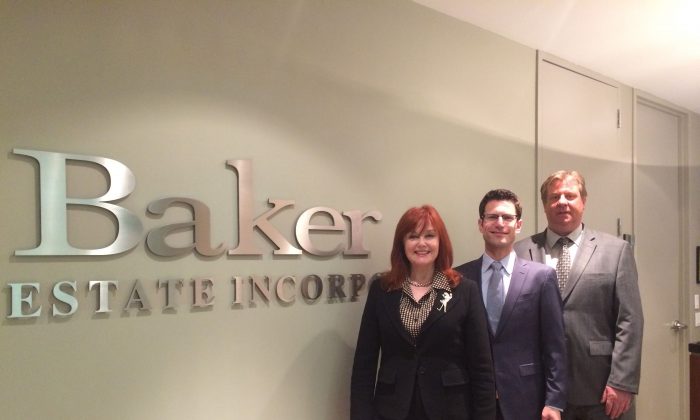 As Barbara Lawlor gets set for the spring sales season, Baker Real Estate Inc.’s CEO has good reason to feel optimistic about what lies ahead.

Her firm is coming off its most successful year ever, having sold more than 900 units at Dundas Square Gardens, the top-performing high-rise launch of 2014. It was only one of the projects blown out by Baker last year—there was also Core Condos at Jarvis and Shuter Sts.; Yorkdale Condos at Lawrence Ave. and Allen Rd.; The Code Condos in Forest Hill; and The Taylor on Dundas Street East.

“We’ve been in the business since 1993,” Lawlor says. “So the fact 2014 was our biggest year ever is really saying something.”

And there’s no indication things will be slowing down this spring. “We’re going to be working 24-7 in the second quarter,” she says. “There’s a lot we’re bringing to the marketplace.”

First up is Vida Condos, a mid-rise project by Castle Group Developments on Sheppard Ave., across from Bayview Village Shopping Centre. The 200-unit building, with suites ranging from studios to penthouses with large terraces, will offer an “affordable alternative to what’s been coming out at Bayview and Sheppard,” says Baker vice-president Harley Nakelsky, noting the project will have three-bedroom suites for families, and smaller product for investors.

Speaking of investors, Vida’s transit-oriented location is a big draw. “Anything on a subway line is gold dust to an investor,” says Lawlor. “Renters will appreciate it and it makes it a stronger investment in the long term.”

Baker’s also gearing up to launch Riverside Square, a project by Streetcar Developments on Queen Street East just east of the Don Valley Parkway that’ll play a big part in the developer’s revitalization of the Riverside neighbourhood, where Streetcar’s developed several other condos in recent years. The builder also bought the old Broadview Hotel—formerly home to Jilly’s strip club—and Nakelsky says the firm’s restoration plans for the property will soon be revealed.

Late May will see the arrival of another doozy of a development from Easton’s Group, The Rosedale, a 550-unit tower on the south side of Bloor Street East at Sherbourne St.

“It’s got everything an investor wants,” Baker senior vice-president Jeffrey Clark says, noting the project is close to University of Toronto and Ryerson University, across from Rosedale, down the road from Yorkville, and right on the TTC subway line. Plus it’ll have units that are “extremely efficient,” says Clark.

The sales team will be re-introducing a concept at The Rosedale with which they had great success at Dundas Square Gardens: making a two-bedroom unit out of a space normally laid out as a one-bedroom-plus-den.

“That really resonated with the Chinese community,” Clark says. “Chinese agents said this is what they see all day long in Hong Kong and Shanghai. So we’ve basically taken the best 10 to 12 floor plans from Dundas Square Gardens and put them into The Rosedale, and we think it’ll do really well.”

And that’s just spring. Later this year Baker plans to launch 75 Esplanade, a 400-unit project east of Yonge by Harhay Developments and Carttera. In Burlington, it’s helping Adi Developments, which has seen success with The Link and The Mod’rn condos, introduce a third one. And in Scarborough, the firm will be working with Gemterra Developments to sell Joy, the second phase of its Love Condos project.

Baker Real Estate enjoys a strong connection to the Chinese community, one that dates back more than a decade, when the firm managed condo sales for Daniels Corp.’s NY Towers at Bayview and Sheppard.

“We sold thousands of units there,” says Lawlor, “and that’s where we became friends and partners with Chinese brokers, some of whom are still our partners today.”

The Chinese were first to see that the future of Toronto’s real estate market was condos. “They got involved at a time there was little interest in condos,” Lawlor notes. “When I started, new construction condos were 5 percent of market; now we take over 50 percent regularly.

“So the Chinese saw the writing on the wall and jumped right in,” she says, and continue to play a “huge part” in driving the GTA condo market.

That market continues to gather steam as affordability becomes a “battle cry” across the GTA, Lawlor notes. “With new house construction topping $700,000, it’s out of reach for many buyers.”

It’s not only first-timers flocking to condos. They’re in demand by move-up buyers, who’ve become accustomed to a carefree condo lifestyle and want to remain in central, walkable, amenity-rich locations. They’re attractive to buyers “right-sizing” after the kids have left the nest for good. They’re also a viable option for retirees who no longer want to deal with stairs or home maintenance.

“Condos have broadened their appeal,” says Lawlor. “There’s no question they’re becoming the home of choice in Toronto.”

Ryan Starr is a freelance reporter based in Toronto.