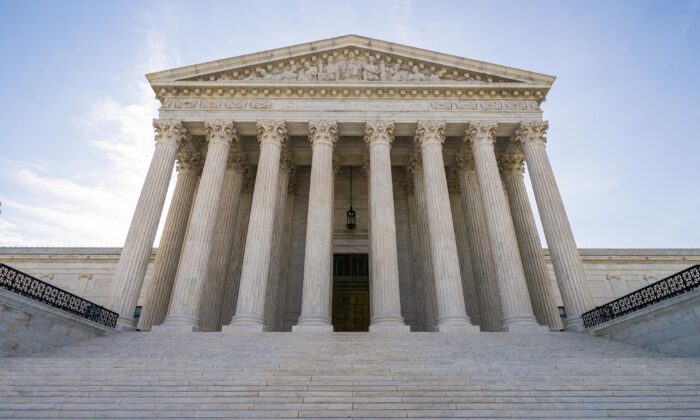 A law in South Carolina bans playing pinball if you’re under 18. That’s just one of America’s many ridiculous laws restricting freedom.

“There is a role for the government in keeping people safe from actual criminals, people who commit murder, robbery,” says Rafael Mangual, a “tough-on-crime” guy at the Manhattan Institute.

“But a lot of laws don’t keep people safe,” he says. “There’s a federal prohibition on walking a dog on a leash longer than six feet on federal property. It is a jailable offense.”

Three hundred thousand federal criminal offenses are on the books. “It’s way too big,” says Mangual. “Part of that is because we don’t take any old or outmoded laws off the books.”

In Michigan, prosecutors filed criminal charges against a 10-year-old who, during a dodgeball game, threw a ball at another kid’s face.

“Anyone can be prosecuted for almost anything,” says Mangual. “Lying to your boss over the phone about why you didn’t come in. That could constitute wire fraud.”

“Taking a rake from New York into New Jersey, that’s actually a federal crime,” warns Mangual. “If you’ve ever had a rake in the back of your pickup truck and crossed state lines, you probably committed a federal crime.”

In my new video, I push back at Mangual, pointing out that nobody goes to jail for things like that.

“That doesn’t mean that it’s not a problem,” he responds. “Legal compliance is not free. It takes time, money, effort. It violates fundamental norms about fairness.”

One woman was prosecuted for sheltering animals during a hurricane. “My goal was to make sure that they were not out there drowning,” she said. But North Carolina prosecutors filed criminal charges against her for practicing veterinary medicine without a license.

In Kentucky, Holland Kendall gave eyeglasses to needy people who couldn’t afford eye doctors. Then state officials told him that was a crime.

What causes this excess? I was taught that the Constitution created checks and balances that make it difficult for any bill to become a law.

“Everyone has this idea from ‘Schoolhouse Rock,'” says Mangual, “that a law gets made in a particular way [but] that’s not how it works in practice. At the federal level, 98 percent of criminal laws are not passed by elected representatives. They are created by unelected bureaucrats who don’t have to answer to anyone.”

“They can afford the lobbyists. They can afford to comply with the crazy webs of regulations,” explains Mangual. “If you’ve got an established cookie business, you don’t want a grandma from down the street who has a better recipe cutting into your business … You go to the legislature and ask them to pass arduous rules about an industrial kitchen and expensive equipment that you that need in order to qualify to participate in this business.”

One woman was prosecuted in a sting operation for selling ceviche on Facebook.

In Denver, a bartender mixed vodka with things like pickles and bacon and then put the mix back in the bottle. Some customers liked that. But authorities jailed the bartender for “infusing vodka.”

I wish I could jail that prosecutor.

Mangual warns: “People commit crimes all the time without knowing it. It’s impossible to know what sort of behavior is criminal.”

Law should stick to punishing assault, theft, and fraud. Otherwise, leave us all alone.

A recent Manhattan Institute report makes suggestions for getting closer to that ideal.

The absence of criminal intent should be taken more seriously by legislators. With hundreds of thousands of criminal offenses on the books, the old adage that “ignorance of the law is no excuse” no longer makes sense.

Lawmakers should also consider listing crimes in one place instead of sprinkling them throughout the statutory codes, which would take a lifetime to read.

And government should regularly repeal laws we no longer need.