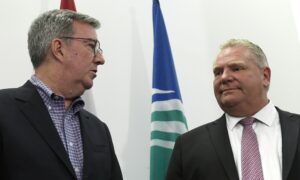 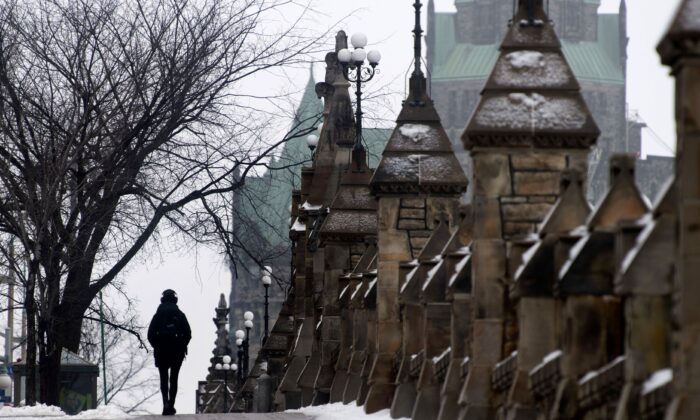 A person walks along the sidewalk next to Parliament Hill in Ottawa on Jan. 14, 2021. (The Canadian Press/Adrian Wyld)
Viewpoints

Waste and partisan obstinacy are two of them

Habits matter. Good ones can help us by standardizing useful behaviours, but others can hurt by entrenching practices we possibly shouldn’t be doing. And ask any nail-biter how easy it is to break a habit.

While some habits are annoying to us personally, others carry heavier implications. They can harm our public life. When governments, for example, decide it’s to their advantage to package multiple pieces of diverse legislation in one large bill, an omnibus bill, they set precedents that become habitual in succeeding administrations. We know that omnibus bills are anti-democratic, because the purpose of debate in legislatures is to discuss the value of specific ideas before they are made into law. That time-honoured tradition is short-circuited in omnibus bills, which contain so many new rules on such varying topics that debate about each is impossible.

Even the name is a sly piece of trickery. We’ve all seen and approved of “omnibus” collections of writings, such as those of Mark Twain and Stephen Leacock, so what’s not to like about omnibus bills?

Plenty. And they are just one bad habit of government.

Another is waste. In pre-pandemic times, most of the 338 members of Parliament in Ottawa had the habit every Thursday or Friday of grabbing their plane tickets, leaving their offices, and jetting home to the far reaches of the second-largest country in the world. For the weekend.

Then, after two or three days of cutting the grass and maybe seeing a constituent or two, they flew back to Ottawa. This quaint custom, done in the name of democracy, has been going on for a very long time and is paid for not by the members themselves (perish the thought!) but by you, the taxpayer.

Yes, some of them fly first class. Yes, they are elected to work and execute their duties in Ottawa when Parliament is sitting. And yes, they do have much evening and weekend work to do, such as actually reading bills before they are told how to vote on them. They are told how to vote in the vast majority of cases, and those who disobey their parties are punished (another bad habit?).

Of course, some flights to the riding are necessary and important for meetings and events as well as for personal reasons. No argument there. But the custom—the habit—of going home at the taxpayer’s expense almost every weekend is nonsense in the age of telephones, video conferencing, and email. It’s a slap in the face to Canadians who struggle to keep the kids fed, a roof over their heads, a car in safe condition, and their income taxes paid—taxes which are wasted by practices like this. Trips would be reasonable once or twice a month, apart from essential ones.

Another custom we might want to question is excessive partisanship. Today, little socializing takes place between members of the various political parties because it’s viewed as unseemly. Yet the sharing of ideas and personal stories and the building of trust and respect that occurs during relaxed and informal visits are beneficial to democracy. There was a time, not long ago, when the likes of Mike Pearson, Pierre Trudeau, John Turner, and Jean Chretien met socially with Tommy Douglas, Ed Broadbent, Audrey McLaughlin, and Jack Layton, who also gathered with Robert Stanfield, Joe Clark, Erik Nielsen, Brian Mulroney, and Kim Campbell and many other members of their parties, just to relax, enjoy a chat and maybe a drink, and build rapport.

In the great republic to the south, for which I have much empathy and respect, having spent some time there and valuing as I do its precepts, we view with concern the animosity between the Democratic and Republican parties. In this amazing country, with by far the most powerful military and strongest economy, one might think its elected representatives would operate with more constraint, fair-mindedness, and mutual respect. Democrat John F. Kennedy and Republican Richard Nixon did so in 1960, despite the former’s apparent “steal” of the election.

The problem, again, is habit. Hate between those parties is entrenched.

Being human we are fallible. We are tribal. We don’t like to admit error. Having stated a position, it is against our nature to concede we may have been wrong. This is why informal social gatherings can be helpful: in that milieu, politicians can concede points and exchange views with opponents without the glare and intrusion of public inquiry. Later, “on stage,” they can cite new evidence or reasons which suggest the wisdom of softening their previous position.

The perceptive Jonathan Kay writes about this in the National Post: “Anecdotal experience from within my own social media circles suggests that people simply hate admitting they’re wrong once they’ve announced their position – even when the facts show their position to be untenable.” He notes that changing one’s view was easier before social media, which have made people’s opinions about politics a public possession etched into a virtual memory bank. We tend to disparage flip-floppers, and so it’s hard to change one’s mind or concede points to others.

Yet conceding valid arguments is part of proper debate. Changing one’s mind is a mark of maturity. We must be able to do these things without fear; they are respectful of others and the truth. The proper functioning of democracy depends on it.

B.C.-based Brad Bird is an award-winning reporter and columnist with a master’s degree in political studies. His book “Me and My Canoe” relates his many experiences paddling rivers and meeting people in the United States.