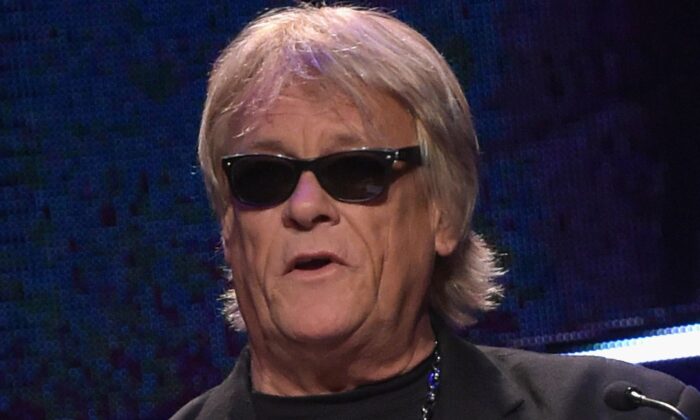 Brian Howe of Bad Company presents the award for Comedy Tour of the Year at the 26th Annual Pollstar Awards at Ryman Auditorium on February 21, 2015 in Nashville, Tennessee. (Photo by Rick Diamond/Getty Images for Pollstar)
Entertainment News

Brian Anthony Howe, the lead singer for Bad Company, died at 66, according to his family.

They told the entertainment website TMZ that he died Wednesday at his home in Florida, saying he died of cardiac arrest. Howe had experienced heart problems in the past, having suffered a heart attack in 2017.

His death does not appear to be connected to the COVID-19 pandemic.

Howe had replaced Paul Rodgers as the lead vocalist of Bad Company in the early 1980s, and he also handled most of the band’s songwriting duties. He wrote most of the band’s 1990 album, “Holy Water,” which attained platinum status on the back of the hit, “If You Needed Somebody.”

After leaving the band, he attempted a solo career but didn’t have the same success as when he was the frontman for Bad Company.

“Leaving Bad Company was not a difficult decision. It had got to the point where nobody was contributing anything to songwriting and quite frankly, the band was getting very, very sloppy live,” Howe told news outlets when he left the group, according to the Mirror. “I quite simply, along with Terry Thomas, got tired of doing all the work and then getting nothing but resentment for it from Mick and Simon,” he said, referring to his other ex-band members.

On Facebook, Howe told a fan that he was involved in a road accident on April 30 in Florida. He wrote on Facebook to a fan: “Horrible. Broken ribs are NO fun.”