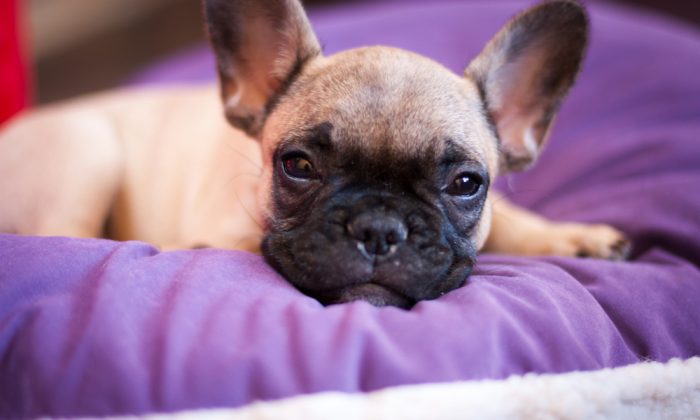 An outbreak of Campylobacter infections has been linked to puppies sold at national pet store chain Petland, the Centers for Disease Control and Prevention (CDC) said on Monday.

Thirty-nine people across seven states—Florida, Kansas, Missouri, Ohio Pennsylvania, Tennessee, and Wisconsin—have been hit with the outbreak since September 2016. Nine were hospitalized, but there have been no deaths.

Of the 39 infected, 12 are Petland employees from four states, and 27 had either recently purchased a puppy at Petland or had been in contact with a puppy sold through Petland before their symptoms emerged.

“Last week the CDC advised Petland to “continue to do what we are already doing” and to continue to educate customers and staff to sanitize their hands after handling our puppies,” Petland said in a statement. “The CDC has not identified any failures of Petland’s operating system that would lead to any campylobacter infection.”

Petland is cooperating with animal officials and health officials to investigate the outbreak, the CDC said, and an investigation is underway.

Campylobacter is a bacterial infection that is mostly transmitted in raw or undercooked meat, especially poultry. However, animals can be infected and pass the infection on to humans.

Symptoms usually start between two and five days after initial contact with the bacteria and normally last less than a week. Some people are infected but don’t display any symptoms.

An estimated 1.3 million people are affected by Campylobacter each year. The infection can be life-threatening in some very rare cases, such as with people who have weak immune systems. An average of 76 fatal cases each year were recorded between 1998 and 2008.

Federal health officials said in a statement that “Regardless of where they are from, any puppy and dog may carry Campylobacter germs.”

The best way to prevent Campylobacter is to practice good hygiene. The CDC recommends washing hands thoroughly with soap and water for at least 20 seconds after touching your dog.

The CDC advises: “Pick a puppy or dog that is bright, alert, and playful. Puppies and dogs should have shiny, soft fur that is free of poop.” The CDC recommends taking your puppy or dog to a vet soon after adoption for a health check-up.

The infection can spread through contact with dog feces and usually does not spread from one person to another.

Here are some tips from the CDC’s advice for pet owners that were posted after the outbreak: