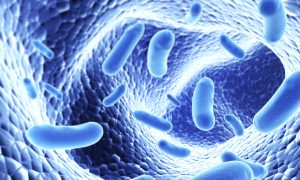 What Do Bacteria Living in Your Gut Have to Do With Your Immune System?
0
Share Now
TelegramFacebookTweetEmailTellMeWeReddit
Copy Link 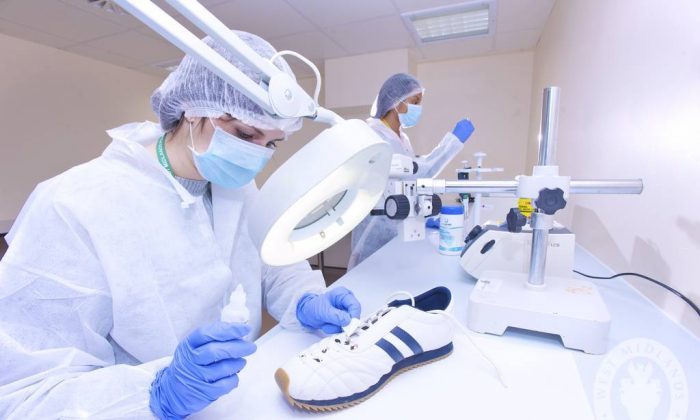 Prospective criminals should take note: bacteria are everywhere. A small pilot study has shown that the germs on personal belongings such as shoes and mobile phones are actually a useful way of tracing a person’s whereabouts—something that may prove useful in forensic investigations.

Microorganisms like bacteria are small, diverse, and often specific to certain environments, organisms, or individuals. This is also what makes them excellent as a forensic tool. In fact, like DNA and fingerprints, a suspect can unknowingly leave microbes behind on a crime scene or victim, providing useful information about the identity or origin of the suspect for forensic scientists. One day, such microbial signatures of individuals may prove as important as DNA or fingerprints, although a lot more research is needed to get there.

The Age of Bacteria

Bacteria are the most abundant and genetically diverse organisms that we know. These germs ubiquitously inhabit the environment, including many extreme places like the glaciers in the high altitude, polar regions, or very hot thermal springs. Moreover, bacteria are present on different regions of the animal and human body, especially skin, mouth, and the gastrointestinal tract. These body regions are home to diverse communities of bacteria and other microorganisms that can change depending on the health status and age of the host.

Several studies have been carried out to describe the human microbiome, which is the collection of bacteria we are associated with, and to verify that the microbial signature can be used in the investigative field and, at the end of the legal process, in the court as proper evidence.

When arriving at a crime scene, the suspect usually has to walk. This was the starting point for the study, which tried to determine the possibility to trace people’s origin using the microbial community of their shoes.

This team looked at shoes from 89 participants randomly selected from attendees at three different scientific conferences in the United States. They found that the shoes could be divided into three different groups according to the geographic locations of the conferences. This is because shoes that have traveled on different types of surfaces show distinct microbial signatures, in addition to a “core microbiome” belonging to an individual. This is obviously useful to forensic teams as it reveals the microbial signature of the owner as well as demonstrating where they have been before the sampling.

The team also showed that one of the most common objects that we use every day, the mobile phone, could also be of used in this way. They demonstrated that the pattern of microbes found on a telephone is unique. There are also differences between the front and the back since the back is mainly in contact with the hands and the front comes into contact with the face, and particularly with the mouth. These observations are supported by previous studies that demonstrated how different microbial communities are from different body parts—and that the personal microbial signature is unique.

However the authors also pointed to some difficulties in implementing the research. The microbiome on our soles typically changes throughout the day, which could make it hard to pinpoint the places we’ve been if we have walked around a lot. In the same way, the microbiome of a certain floor is also altered if a lot of people walk on it.

But the microbiome could have other uses in forensics than locating suspects. In the past few years a lot of work has been done in order to use the changes in the biome associated with decomposing bodies, called “necrobiome,” to estimate the time since death. The idea behind this approach follows what is already known and applied in another forensic discipline: forensic entomology. Insects, which colonize a cadaver in specific waves, are used in this field to give answers to one of the most crucial question on a homicide: when? This is because insects colonize a body in predictable waves, so the study of insects on cadavers tells us something about the minimum time since death.

The small study is important but will not be seen as a revolution by those working in forensics. It is simply the extension of “Locard’s exchange principle, one of the most robust pillars of the forensic work, to the microbial level: ‘Every contact leaves a trace.'” More work is needed to determine the practical use of it in the future. A first step would be to scale up the experiment to include more people.

Stefano Vanin is a reader in forensic biology at the University of Huddersfield. This article was previously published on TheConversation.com.