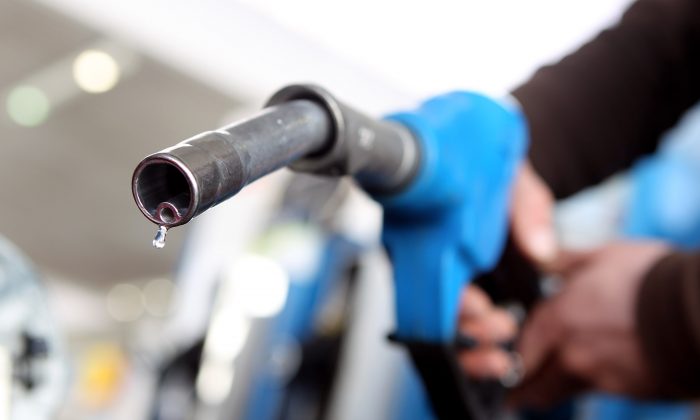 A man refuels his car at a filling station. Commercial fuels could not be created by bacteria up until now (Miguel Villagran/Getty Images)
Science

Researchers have created bacteria that can directly produce commercial fuel on demand from sugar.

Until now biofuels were not completely compatible with unconverted modern engines, working inefficiently and corrosively.

But researchers say they have genetically engineered bacteria, splicing in tree and algae genes, to produce hydrocarbons identical to those used in commercial fuel.

The research was carried out at the University of Exeter in the United Kingdom (UK), producing modified E. coli bacteria that produce enzymes that convert sugar into fatty acids which in turn are converted into fuel.

Professor John Love at the University of Exeter said in a statement: “Producing a commercial biofuel that can be used without needing to modify vehicles has been the goal of this project from the outset.”

“Global demand for energy is rising and a fuel that is independent of both global oil price fluctuations and political instability is an increasingly attractive prospect,” he said.

The ecological credentials of biofuels produced from food crops are sometimes criticized. But Love believes that a scaled-up version of the process would enable them to adjust the genes to allow the bacteria to produce fuel from animal manure, not sugar.

The research was partly funded by Shell’s research division, Rob Lee from Shell Projects & Technology said in a statement: “ While the technology still faces several hurdles to commercialisation, by exploring this new method of creating biofuel, along with other intelligent technologies, we hope they could help us to meet the challenges of limiting the rise in carbon dioxide emissions while responding to the growing global requirement for transport fuel.”