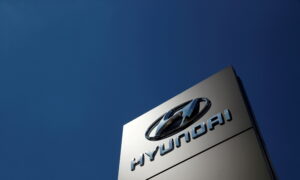 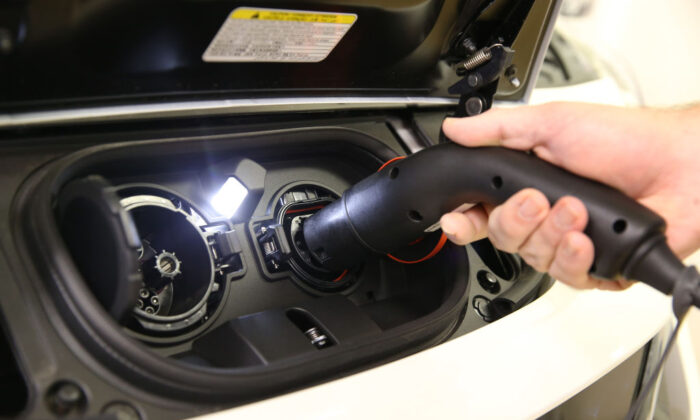 A charging device for the the new Nissan Leaf vehicle is seen on July 11, 2019 in Melbourne, Australia. (Michael Dodge/Getty Images)
Viewpoints

Back to the Past: Electric Cars in Australia

Some residents who live in my neighbourhood regularly organise a party, which is usually held on the grassy verge of the street opposite the house of one of the participants. The purpose of the party is to socialise, exchange information, and promote camaraderie.

At the party, I was struck by the fact that electric cars are still a rarity in Australia, and the arrival of such vehicles nurtures the curiosity of people and feeds their imagination. More and more voices can be heard suggesting that the future of electric vehicles in Australia is bright, but just not now.

Behyad Jafari, CEO, Electric Vehicle Council, states in the May issue of the Qantas Magazine that, “It’s certain that the future of the automotive and road transport industries will be powered by electricity” and that “The world’s major markets are taking action to accelerate that with a mix of incentives to encourage consumers to buy an electric vehicle over a petrol or diesel one.”

In contrast, sales of electric vehicles increased in Europe from 3.3 percent in 2019 to 10.2 percent in 2020. It is anticipated that, in the United States, by 2035, 13 percent of all cars will be electric. Volvo Cars have decided to become a fully electric car company by 2030, only selling electrified cars while phasing out cars with an internal combustion engine, including hybrids.

Few electric car manufacturers are represented in Australia, with Tesla and Hyundai being the most important or prominent players in the market.

These numbers are surprising because observers would expect automobile manufacturers—in their efforts to work towards an emissions-free future—would be keen to accelerate their electric car offerings in Australia. One would also expect government policies to enthusiastically promote the sale of electric cars and provide tax breaks for manufacturers to achieve a measurable increase in the sale of these cars on the Australian market.

Against this background, the highly charged controversy about the appropriate reduction in carbon emissions and the role that can be played by electric cars continues to dominate the political landscape of Australia.

In examining the Australian market, Simon Holmes à Court has argued that Angus Taylor, the Minister for Emissions Reduction, has shown his disdain by pushing people to buy hybrid cars—part electric and part fuelled. Holmes à Court criticised this approach, which is promoted in the government’s white paper The Future Fuels Strategy, because electric vehicles “have notably lower emissions than hybrids.”

He strongly supports the report of the select committee on electric vehicles, chaired by former independent senator Tim Storer, and released in January 2019. This report recommends the introduction of more stringent vehicle emissions standards. It also champions budget-neutral taxation reforms to nudge drivers towards electric vehicles gently. But only the future will reveal whether these recommendations are successfully introduced and implemented in Australia.

The story of the early electric cars is largely unknown yet is enlightening. How many people would still recall the remarkable rivalry between two giant race car drivers of electric cars of the latter part of the 19th century? A Belgian race car driver, Camille Jenatzy, was the first driver to drive his electric car to an astonishing speed of 105.88 km per hour in 1899.

This was an incredible feat and unthinkable at the time, considering that cars were a novel invention.

Jenatzy was involved in a feud with a Frenchman, Count Gaston de Chasseloup-Laubat, who was driving an electric Jeantaud car, to increase the speed that could be reached by racing their electric cars. Jenatzy’s car was appropriately called La Jamais Contente, which translates in English as “The Never Satisfied.”

His car was an electric vehicle with a light alloy torpedo-shaped bodywork and batteries. These early pioneers would certainly be astonished to learn of the current land speed of 1223.65 km per hour.

Now, the slow pace at which electric vehicles are being introduced in Australia reminds us of the early, inauspicious beginnings of electric cars.

So, this example of “back to the past” validates the oft-quoted statement “history repeats itself.” But the motivations differ markedly today, of course.

Nowadays, people are motivated by a desire to reduce carbon emissions and to contribute to a cleaner environment, while in the early days of the car industry, electric vehicles were a means to break speed records.

Gabriël A. Moens is an Emeritus Professor of Law at the University of Queensland. He served as Dean of Law and Pro Vice-Chancellor at Murdoch University. He is the author of short stories and a novel about the origins of the Covid-19 virus, A Twisted Choice (Boolarong Press, 2020).