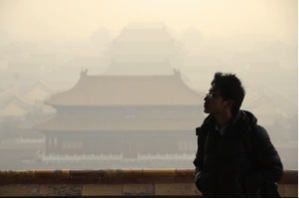 Close to 50 percent of leftover men in China do not own a car or a house, and are less educated with a lower income than women in their age group. (Wang Zhao/AFP)
China

As the number of singles in China rises, dating websites are getting more traffic and Internet users are debating how much wealth people need to get married.

The many single men and women of marriageable age are known as “shengnan” and “shengnu,” or “leftover” men and women. Statistics show that single women often have more money and a better education than single men in their age group.

The Beijing Times published results from a recent survey showing that 48 percent of single women but only 37 percent of bachelors hold a master’s degree or higher, while 36 percent of the women and 29 percent of the men earn over 15,000 yuan ($2,400) per month.

Netizens have been discussing just how much money a man needs to get married, and have come up with a list of amounts according to location. For example, a man in Shenzhen, Beijing or Shanghai needs 2 million yuan ($325,000) to cover the total cost of dating, marriage, a car, a house, and furnishings.

Many bloggers joked about the matter, for example one said: “So a wife is the ultimate luxury item.”

Another posted: “I wonder does a shengnu really want a husband or just a house?”

A third commented: “In Xi’an, to get married would cost a man 1 million yuan, and he would have to stop eating and drinking for 17 years beforehand. Compared with our fathers’ generation, how much happier are we now?”

The gender imbalance in China is driving the problem. By 2020, men are expected to outnumber women by 24 million due to the Chinese regime’s one-child policy, an attempt at population control put in place in 1979.

Other social factors are contributing, such as large numbers moving to cities, where marriage tends to be delayed because people are too busy working to survive.