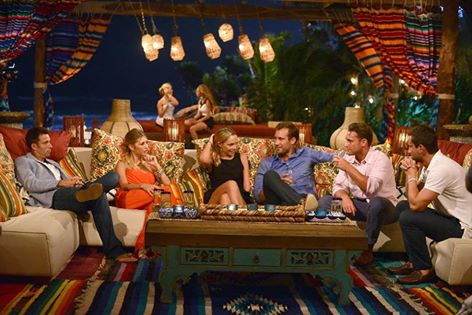 A reunion special for Bachelor in Paradise is in the works.

The ABC Bachelor spinoff is only scheduled to air for seven episodes, with no current live shows part of the slate.

But host Chris Harrison says that there are lots of discussions going on about having at least a reunion.

“We are in heavy talks. As I said, if there was ever a show that needed it, it’s this one,” he told TVGuide.

“So we’re desperately trying to figure it out.”

Harrison also said that the pairing of Cody Sattler and Michelle Money is surprising. According to blogger Reality Steve, they’re one of only two couples to stay together after the end of the show.

“Cody and Michelle are the most surprising couple ever in the history of the show,” Harrison said.

“I got to know Cody pretty well and I’ve known Michelle for awhile and I told her to see where this goes and she did. I have to give her credit. It’s been fun to watch.”

“The thing about Cody is that it almost seems disingenuous and too positive and happy, but I’m telling you that’s the guy,” he added.

“It threw Michelle off a bit, like, this guy can’t be real. Michelle is pretty down-to-earth and has a good bullsh– meter, and I think it was off the charts when he first arrived. But this is him, nothing but sunny days and happy-go-lucky, and he’s sweeping her off her feet. Clare is going to be kicking her own ass on this one.”

Bachelor 2015: Next Bachelor Chris Soules Has Been Engaged Before; Wants to Have At Least Four Children