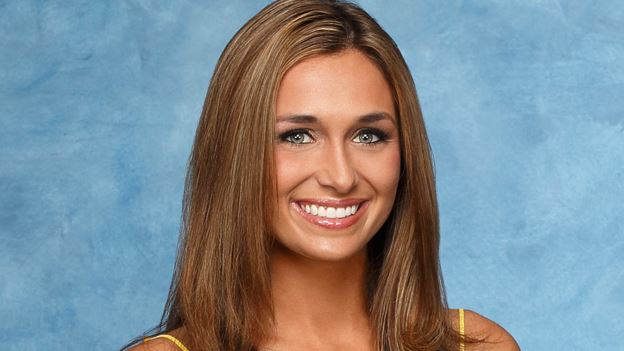 Lacy Faddoul is one of the contestants on the Bachelor in Paradise. (ABC)
Entertainment

Bachelor in Paradise Cast 2014: Photos, Pictures, Bios, and Jobs of Men and Women for the Very First Episode

Bachelor in Paradise is kicking off on August 4 and fans are wondering who will be in the show.

The entire cast has already been announced, and the men and women in the first episode have now been revealed.

The episode will have eight women and eight men–two of the women will be eliminated by the end of the episode.

Next episode will feature an additional two men, with two men being eliminated by the end of the episode. And the following episodes will continue the format.

Check out the cast members below:

AshLee was falling hard for Sean so much so that she brought him home to meet her family. She thought they were taking their relationship to the next level, only to be sent home, shocked, after the overnight dates.

Frazier is a professional organizer.

Ben came off as the bad guy who used his son to gain attention from Desiree and in turn alienated the other guys in the process. He was later dumped by Des after an awkward two-on-one date. This time around Ben is looking to rehabilitate his image and is ready to meet the love of his life.

Scott is a sales representative who works with bars and nightclubs.

After Juan Pablo humiliated Clare in a helicopter in St. Lucia, he rejected her at the proposal. Clare won America’s heart by standing up for herself and putting Juan Pablo in his place after his offensive behavior.

Crawley is a hairstylist.

This beachy blonde dated Sean for 7 weeks without receiving a one-on-one date. She was then sent home in tears.

Dylan tried to transform from a shy guy to the life of the party on Andi’s season. Unfortunately, he was sent home the week before the hometown dates, just as he was starting to break out of his shell.

Petit is an accountant who enjoys apple juice.

Elise opened up to Juan Pablo about her dying mother’s dream that she would find love on The Bachelor. Unfortunately, their relationship failed to blossom and Juan Pablo sent her home.

The former beauty pageant contestant is reportedly a teacher.

Although Graham didn’t find love with Deanna, he tried his hand at love again on Bachelor Pad 2. After a short relationship with Michelle Money, Graham moved back to Los Angeles and after yet another recent breakup is ready to put his past behind him and see if the third time will be the charm for him.

Bunn is a former professional basketball player who is now an entrepreneur.

Lacy left the very first night without ever really getting a shot with Juan Pablo. This caregiver to the elderly needs a good man who will take care of her.

Lacy is a caregiver to the elderly.

A front runner from the start, Marcus fell head over heels for Andi. After his hometown date, however, Andi said goodbye and left Marcus absolutely devastated. He’s coming to Paradise in an attempt to mend his broken heart and see if he is ready to love again.

Grodd works as a businessman, and is also a former professional soccer player.

Marquel never went on a one on one date nor did he kiss Andi during his time on The Bachelorette. Although he didn’t find a connection, that didn’t stop his charisma and incredibly good looks from making him a true fan favorite.

Martin works with the UFC.

Michelle was very emotional on Jake’s season of The Bachelor so she joined Bachelor Pad, Season 1 to fall in love but sadly didn’t find it. She’s coming to Paradise to prove to everyone that she’s not the self-proclaimed “crazy girl” she once was.

Known for her outspoken and aggressive humor on The Bachelor, this single mom showed a softer side with her loving relationship with Graham on Bachelor Pad, Season 2. Though the two have since broken up, they remain great friends.

Money is an actress and model.

Robert, the sign spinning entrepreneur went home before ever really having a chance to show Desiree who he is. Unfortunately for him, he dated one of Desiree’s friends before the season began, which didn’t work in his favor.

America fell in love with Sarah as they watched the girl with one arm date Sean and live life to the fullest. Now Sarah returns to Paradise with a newfound confidence.

Herron is a designer.

Check out a description of the premiere via ABC below.

Looking for love a second time around, the “Bachelor in Paradise” cast arrives in gorgeous Tulum, Mexico ready to mingle. Welcomed by Chris Harrison, they quickly get to know each other at a Bachelor-style arrival party located on the beautiful white sandy beach of their private oasis. Shortly after the party gets going, Chris Harrison interrupts to explain the rules of paradise, including one shocking detail — at the end of each week, anyone who is not in a romantic relationship will be sent home — this week the men will hand out a rose to someone they’d like to spend more time getting to know.

The women who do not receive roses will leave paradise forever. With that, the anxiety amongst the women immediately intensifies as they begin to evaluate the eligible men. Lacy is the first to make a move by taking Robert for a steamy dip in the ocean, only later to be canoodling with Marcus.

Throughout the week, date cards arrive for four lucky women who get a chance to ask out a man they’d like to spend time with, though it’s not without causing drama. Clare is the first to get a date card but when she asks out a certain bachelor, one of the other women in the house stakes her claim and persuades Clare to un-invite him. In order to appease her, Clare decides to ask out Robert. Together they visit the ancient and majestic Tulum Ruins where they explore the historical landmark and frolic in the crystal clear ocean.

Later, Sarah receives the second date card and asks out Marcus who, unbeknownst to her, may be smitten by another woman. Marcus accepts and the couple travels to Coba where they rappel into Tankah -ha Cenote, a beautiful underwater sinkhole where they share a kiss! A third date card goes to an unexpected surprise arrival who invites Marquel to go horseback riding along the romantic beach of Playa del Carmen. Lastly, the fourth date card goes to Lacy, who struggles to decide which of her two suitors to take.