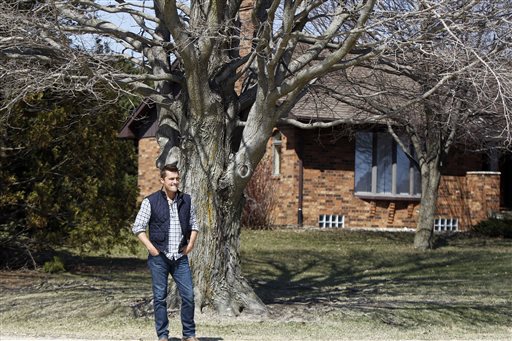 Chris Soules posted his weekly take on what’s happening in “The Bachelor 2015.” The fates of Whitney Bischoff, Carly Waddell, Becca Tilley, Britt Nilsson, and Megan Bell will be decided.

[The Feb. 16 episode from Reality Steve is down below Chris Soules’ blog post]

Writing for People, Soules talked about his relationship with Megan Bell.

“I was relieved when Megan boldly asked me how I felt for her, and she was right – our relationship was lacking progression,” he wrote. “My first date on this journey was with her, and it was incredible and something I’ll never forget. I really wanted it to work out with Megan, but our connection wasn’t developing as fast as the other girls.”

He added she’s incredible, which is “why it was so, so hard to see her go. That goodbye hit me harder than any had until that point, and you obviously saw that” in the previous episode.

But he added that him telling the girls they’re going to Iowa was a top moment on the show.

“I’m not going to lie, part of me was a little nervous that the girls might not be thrilled that we were heading to Iowa because, well, let’s face it, Iowa is not necessarily as glamorous as some typical locales frequented by past Bachelors,” he said. “To my surprise, the girls went crazy; they all seemed genuinely excited! Carly’s reaction was priceless. When she ran into my arms, I thought she was going to knock me over! I was a happy man.”

He also said that bringing Jade Roper “to Arlington was huge for me,” adding: “I also knew I needed more time with Jade to see if she could break out of her shell. Jade and I always had a strong connection.”

Later, he said, “I couldn’t wait to show [Whitney Bischoff] around Des Moines. Now, Des Moines is not Arlington. It’s obviously very different, but it’s a place I spend a lot of time.”

Also, Reality Steve–the infamous leaker–talked about what happens this episode.

According to the site, he said that his date with Becca Tilley was like this: “Rumored to be at the Louisiana State Fair. Dinner held at her sister in laws house, Katie Hester, the wife of former LSU running back Jacob Hester.”