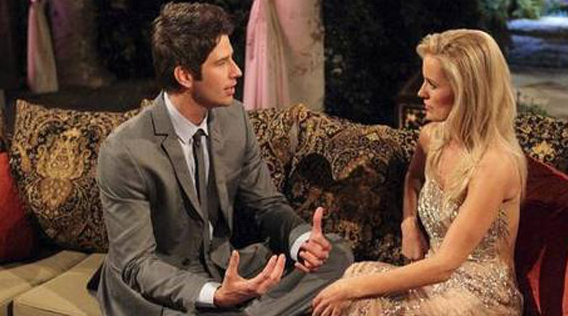 Chris Soules has been rumored to have locked the next Bachelor spot up but it’s now been reported that he has some competition.

That would be Arie Luyendyk Jr., a former Bachelorette contestant who also appeared on Bachelor Pad in 2012.

“Lyendyk Jr. is now in the running to be the next Bachelor,” a source told Radar Online.

“Producers have already filmed him at home in Arizona, and they even sent a personal trainer to get him in shape for TV. They think he’d be perfect.”

The Netherlands native was rejected by Emily Maynard, but the 32-year-old has remained connected to the franchise–he frequently tweets about The Bachelorette, and was recently linked to Bachelor contestant Selma Alameri.

Soules was the third-to-last man out in the current Bachelorette season. The Iowa native recently said that he believes he could be the next Bachelor.

“You know, I live in Arlington, Iowa, and that’s why (going on The Bachelorette) made sense. … It was a good opportunity for a guy like me. And it’s an even better opportunity to be on the other side, where you have the opportunity to meet 25 incredible women. So yeah, I would definitely consider it.”

Season 19 of the Bachelor will premiere in January 2015, following the end of The Bachelorette and the new spinoff Bachelor in Paradise.