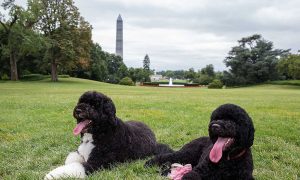 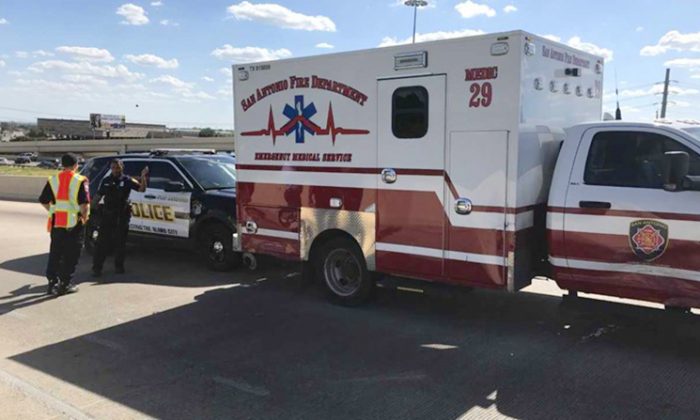 A babysitter’s dog mauled a baby to death in North Carolina, police said.

The killing happened at a house in Salisbury around 2:30 p.m. on March 5.

Police officers launched an investigation after receiving a call telling them that a baby was being airlifted to a hospital in Winston-Salem after suffering a dog bite, the Salisbury Police Department said in a press release.

Jacari Long, the 6-month-old baby, was at a babysitter’s house when the babysitter walked outside to clean the backseat of her car. When she heard the mother scream she ran inside the house and found the baby boy being attacked by her dog, a boxer/pit bull mix.

Salisbury police say a six-month-old baby died after a boxer/pit bull mix dog attacked him inside this house. Police say a baby sitter sat the child down in the living room and walked outside to clean the backseat of her car when the attack happened. pic.twitter.com/La95zri5eN

Jacari was airlifted to the hospital but soon died from the injuries.

Animal control officers went to the house and took the dog.

A Twitter user who identified herself as Jacari’s grandmother said, “Rest In Peace my darling grandson. Please pray for our family.”

“I’m mentally, physically and emotionally broken … this is too much,” she later added. “I’ve never wanted to ask God as many questions as I have for him right now / today. They say don’t question God but I’ve got some questions.”

I’ve never wanted to ask God as many questions as I have for him right now / today. They say don’t question God but I’ve got some questions 💔

“I’m sorry to the mother and father. It’s sad,” she added. “If my dog ever killed a six-month-old baby I would just put her down.”

According to WSOC-TV, it’s not clear if the babysitter will face any criminal charges.

Pictures of the dog weren’t available nor were any pictures of Jacari published.

After the death was reported the National Pit Bull Victim Awareness Group said in a statement, “Extensive research has been done emphasizing the dangers of pit bull type dogs and pit bull mixes in relation to infants, children, and seniors.”

“It is clear that attacks on children tend to be spontaneous and occur in opportune moments,” the group added.

A Utah boy lost his right hand after it was reportedly bitten off by a neighbor’s dog over the weekend, according to reports.

The 4-year-old reached underneath a fence to try and pet the dog, which was described in reports as a husky. The dog then attacked the boy, whose name was not released, Layton City Police PIO Jason Cook told People magazine.

The boy’s hand and 2 to 3 inches of his forearm were missing after the attack, said Cook.

In an updated statement to People magazine, Cook said the dog may have “ingested” the limb. About eight to 10 emergency responders combed the yard to find the boy’s hand but they were not successful in doing so.

Cook said the boy is in stable condition and is surrounded by family in the hospital.

Cook added that the husky hasn’t attacked anyone in the past, and Sunday’s incident was the dog’s “first bite incident.”

“The homeowner says that the dogs are docile pets that have never demonstrated any aggression,” he said.

That husky and another one were taken by Davis County Animal Control, Fox 10 reported, adding that they have both been quarantined.