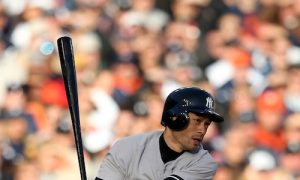 Europe to Extend Copyrights for Musicians to 70 Years
0 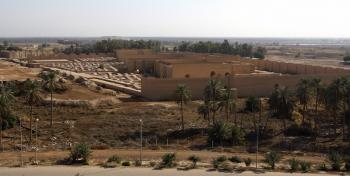 A view of the ancient city of Babylon. The Babylon ruins which have been recently renovated are on the right side while the left side of the photograph shows what remains of the Babylon City. (Ali Al-Saadi/Getty Images)
Science

By Helena Zhu
Print
After years of American invasion since 2003, the present-day Iraq sees little glory of what it used to be millennia ago.

However, for the first time since the war in Iraq, archaeologists and preservationists with the World Monuments Fund have started working to preserve and restore part of city-state Babylon and other ancient Mesopotamian ruins to its previous glory, which may involve excavating some new sites, according to New York Times.

WMF, which is collaborating with the Iraq State Board of Antiquities and Heritage, has developed priority conservation projects and a conservation plan to prevent any further deterioration of the Babylon ruins, according to its website.

“Babylon represents one of the most important archaeological sites in the world,” WMF said.

The site, which dates to over 4,000 years ago, used to be a prosperous land and still is a valuable site today that can give scholars wondrous insight into the sophisticated world and the capital of a vast ancient empire.

In addition to restoring the ruins for their historical importance, “one goal of the project is to assist the Iraqi authorities with the completion of a World Heritage nomination for Babylon,” WMF said.

The State Department announced in November a new $2 million grant dedicated to preserve the site’s most valuable surviving ruins, including the foundation of the Ishtar Gate, built by Nebuchadnezzar’s father, Nabopolassar, in the sixth century B.C., according to the Times.

“This is one of the great projects we have, and it is the first,” Qais Hussein Rashid, director of the State Board of Antiquities and Heritage, told the Times in Baghdad. “We want to have it as a model for all the other sites.”

Home to the Hanging Gardens of Babylon and the Ishtar Gate, Babylon was the land of the Babylonian empire, which together with the Sumer, Akkadian empire, and Assyrian empire made up the Bronze Age Mesopotamia—widely considered as the cradle of civilization.

Babylon’s remains were rediscovered by German archaeologist Robert Koldeway at the end of the 19th century, according to WMF.