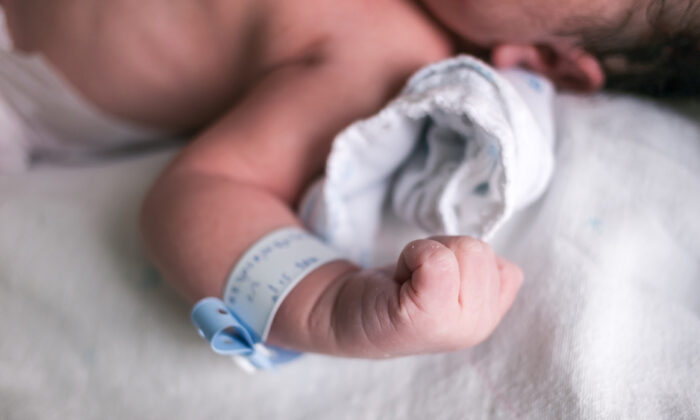 If it were up to the doctors, Tinslee Lewis would have been in her grave before the age of 1. Instead, in a legal and advocacy triumph affirming the proper relationship between patient/family and doctors, the intrinsic equal dignity of the seriously ill—as well as a testament to the power of a mother’s love—the now 3-year-old Tinslee has gone home, still ill but very much alive.

As we celebrate with the Lewis family, we must not lose sight of the medical authoritarianism that forced Trinity into a protracted legal battle with Cook Children’s Medical Center in Fort Worth, Texas. Here’s the story: Tinslee was born critically ill with pulmonary hypertension and heart disease. She had several near-death events and was kept alive in the neonatal intensive care unit.

After a time, Tinslee’s doctors urged Trinity to remove life support, stating she had less than six months to live and was suffering needlessly. When Trinity refused, doctors asked the hospital bioethics committee for authority to remove Tinslee’s life support over her mother’s objections.

After a closed-door meeting—from which Trinity was barred during deliberations—the committee ruled that life support was “medically inappropriate” and should be withdrawn. Trinity had only 10 days to find another hospital willing to provide her daughter’s care, or Tinslee would surely die.

Now add in another insidious twist. Tinslee couldn’t leave the hospital safely unless she received a tracheostomy. But Cook refused to allow the surgery unless another facility guaranteed they would assume her care. But no facility would make that assurance until the surgery results were in. Talk about a lethal catch-22!

Making matters even more frustrating, the Texas Advance Directive Act (TADA) permits doctors to legally withdraw “futile care” (as the concept is known in bioethics) over the objections of patient or family, which over the years has resulted in protracted public controversies and the unwanted deaths of many patients. TADA’s futile care provisions work like this:

With her daughter’s life in the balance, Trinity sought help from Texas Right to Life and a nonprofit organization called Protect TX Fragile Kids that advocates for ill and disabled children. With their help, Trinity sued to stop the withdrawal of care.

A trial court refused to intervene. But the Texas Court of Appeals ordered Cook to continue Tinslee’s treatment pending trial. In a 150-page opinion questioning the constitutionality of TADA, the Court slammed the law’s futile care provision as “depriving a terminally ill patient of her life against her wishes.” (pdf) The court added, “While reasonable medical judgment may inform the decision, the deciding factor is ultimately the individual liberty interest of the patient in deciding that a natural death is the best treatment option.”

In other words, the difficult decision to stop life support is a value judgment that belongs properly with patient/family or surrogate. It isn’t purely a medical matter for doctors—much less a bioethics committee—to decide on their own.

Cook refused to surrender. It tried—and failed—to get the Texas Supreme Court to remove the injunction. The case moved forward energetically with discovery and motions. But as the date of trial approached—with the prospect of not only losing, but having TADA invalidated—the hospital became more cooperative. The trial was postponed. Tinslee received the care she needed to leave the hospital, and as stated above, is now at home—two years after doctors said she would surely die.

This is all great news. But Trinity should never have been put through the hell of fighting the doctors, the hospital’s lawyers, and a public relations campaign. As Emily Cook, general counsel for Texas Right to Life, told me, “It took three years, multiple court battles, lots of money, media attention, and a little girl who just kept defying all odds to finally reach an outcome that did not result in her death. Once it was decided that death was not to be the result, it took only roughly five months to get her home.”

The time has clearly come for TADA’s stacked-deck futile care legal tyranny to be repealed. It won’t be easy. Several unsuccessful attempts have been made previously over the last decade (which I supported by testifying before legislative committees). Alas, these efforts were opposed bitterly by Texas hospitals—and to its shame, the Texas Conference of Catholic Bishops—with only minor revisions to the law.

But now, the constitutional handwriting is on the wall. The time has come to repeal TADA’s unjust futile care provisions and return hospital bioethics committees in Texas to their proper role as mediating bodies rather than death panels.

That will not only be good for Texas, but also will send a strong message nationally that futile care impositions have no place in a free country.