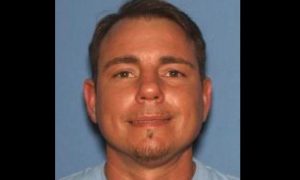 A pregnant Florida teenager was shot in her apartment just three days before she was going to give birth to her first child, who has reportedly survived, police said.

The 19-year-old Jacksonville teen, Iyana McGraw, was found with fatal shotgun wounds inside her Arlington family home at around 8 p.m. on Oct. 7, according to the Jacksonville Sheriff’s Office. She reportedly stayed with her boyfriend in the apartment.

The teen tragically succumbed to her injuries and was pronounced dead at a hospital nearby. However the sheriff’s office later confirmed that her child survived, reported News4Jax.

McGraw’s aunt, Gina, told the news outlet that at the time of her death she was 9 months pregnant and was set to welcome her first child, a daughter, into the world on Friday, Oct. 11.

“This girl has been taken away from her baby that she never got to meet,” she said. “Three more days, and she would have met her child.”

Bullet holes from the shooting were visible in the walls, door, and window of her home, Sgt. Doug Molina said on Oct. 7. He said that it is not yet clear how many rounds were fired.

Her family members said she was extremely excited to become a mother and had plans to study to be a pediatrician in college next year.

“She was so excited. She was filled with so much joy, something to live for,” McGraw’s aunt told News4Jax. “She wanted to be a pediatrician, and she had the brains to do it.”

She told First Coast News she also had received a scholarship offer from Spelman College in Atlanta.

A friend of McGraw, who asked not to be identified, told First Coast News she had been in touch with the teen just hours before she died, and described how excited she had been to meet her daughter.

The sheriff’s office has urged anyone who witnessed what happened or knew McGraw to come forward. No arrests have been made yet.

Anyone with any information regarding this incident is asked to call the Jacksonville Sheriff’s Office at 903-630-0500 or email jsocrimetips@jaxsheriff.org. An anonymous tip can be made by calling Crime Stoppers at 1-866-845-TIPS.