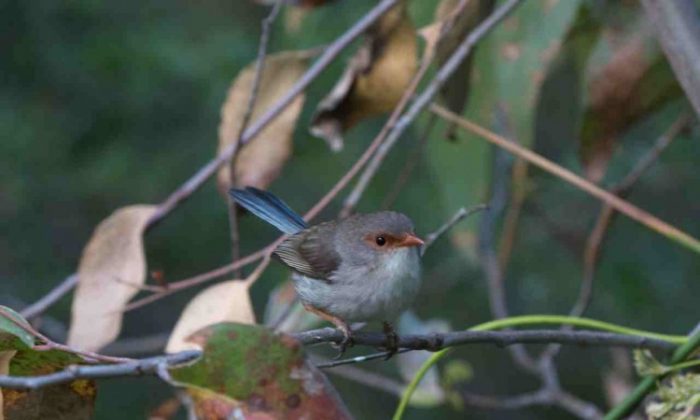 Female superb fairy-wrens, Malurus cyaneus, teach their unhatched chicks a unique note that later allows the parents to distinguish their babies from parasitic cuckoos when the nestlings beg for food.

During a “solicitation song” performed away from the nest, the female also teaches her mate this special password. You can listen to the incubation call here:

An international research team noticed the mothers calling to their eggs and found that this single-note call varies between nests.

By placing eggs in different nests, the scientists discovered that the hatchlings’ calls matched those of their foster mother, rather than their biological mother, demonstrating prenatal learning.

“Parents and others attending the nestlings will only feed them if their begging calls contain the learned password,” said study co-author Sonia Kleindorfer at Australia’s Flinders University in a press release.

By playing a different call under the nest with a loudspeaker, the team managed to stop parents feeding their babies.

“We show that females that guard and teach the embryo could increase the transmission efficacy of female cultural traits,” Kleindorfer explained.

“In systems with uniparental care, caretakers of embryos will have more opportunity to pass on female memes, or ‘messages,’ to the embryo.”

The research was published in Current Biology on Nov. 8.