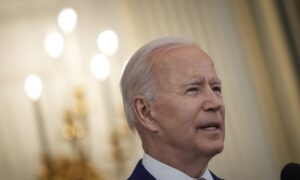 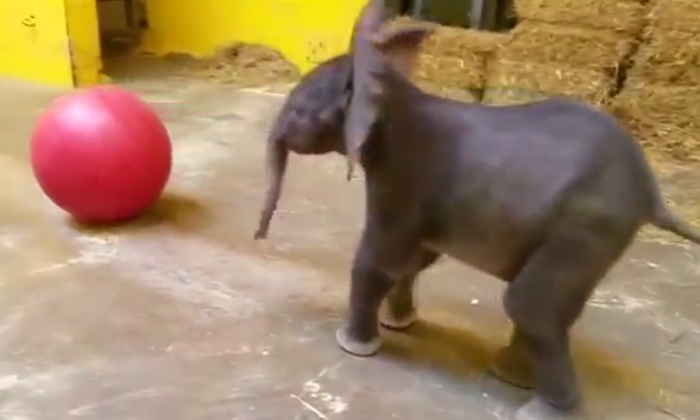 Baby Elephant at Pittsburgh Zoo Thriving Despite Setbacks at Birth

The Pittsburgh Zoo’s newest elephant is bravely fighting her way through a premature birth and being neglected by her mother.

The calf, which has yet to be named, was born a month early at the end of May. Her mother Seeni, a 23-year old elephant that was one of three rescued by the zoo from Botswana in 2011, has shown no interest in mothering. Zoo workers said they have had to bottle feed the youngling with formula since birth as Seeni was not producing enough milk.

She has a dedicated, albeit small, human family that looks after her 24-hours a day. They intentionally limit the number of her caretakers to a few people who know her really well so that if something is amiss, they will know right away. They have also had to teach the youngling how to feed and play, and when she goes to sleep, someone lies down with her.

The calf was born underweight and is still in “critical condition,” according to the Zoo’s president, who said they were holding off on naming her for the first 30 days as a precaution.

“We don’t want to jinx it,” said zoo CEO Barbara Baker, according to the Pittsburgh-Post Gazette. “We have a long way to go.”

Elephants are usually between 220 and 280 pounds, Baker said. The little calf was born at 180 pounds.

Despite the setbacks of her birth however, Baker described her as “feisty” and said “she’s doing all the right things for a baby,” according to the Gazette.

She gets her blood drawn every other day, and as of June 9, her blood tests had come back normal.

The goal is to introduce her to the herd of six other elephants at the zoo. They are slowly introducing her to them, but will wait till she’s bigger to let her fully integrate.

The zoo’s home page features a full-screen picture of the new calf as one of its rotating displays, with a note that she is receiving the “necessary hands-on care.”

It informers visitors that she will not be on display for the next few months, but give a link to its elephant blog, where it post updates on the calf’s condition with videos and photos.