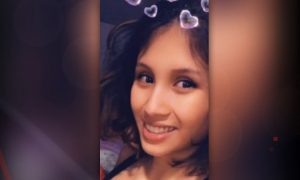 Teen Killed, Her Baby Cut From Womb; Husband Asks, 'Why Did These Bad People Do This?'
0
Share Now
TelegramFacebookTweetEmailTellMeWeReddit
Copy Link 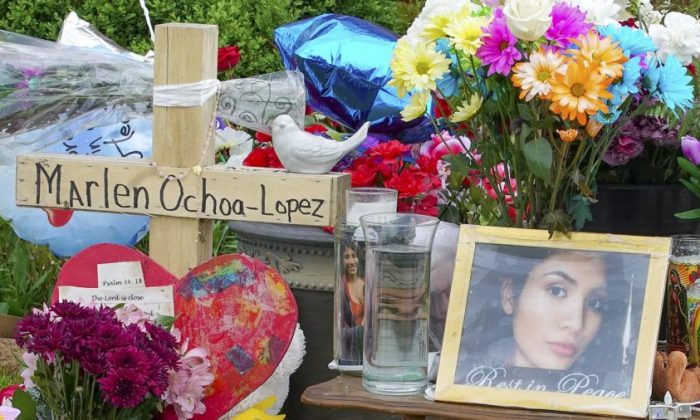 A memorial of flowers, balloons, a cross, and photo of victim Marlen Ochoa-Lopez, in Chicago on May 17, 2019. (Teresa Crawford/AP Photo)
US News

The baby who was cut from a young teenage mother’s womb before she was murdered in Chicago, Illinois, is now breathing on his own and continues to recover in the hospital, the family said.

The family of the baby told Fox 32 News on May 31 that it is the first time he has managed to breathe on his own, without the help of a machine at Advocate Christ Medical Center in Oak Lawn.

Frank Avila, an attorney for Yovani Lopez, the husband of murdered Marlen Ochoa-Lopez, told WLS that the baby—whose first name is the same as his father’s—has been able to breathe on his own intermittently.

“It’s still a long way to go for the baby, but the baby is fighting and surviving,” Avila said.

Earlier, baby Yovani was reported to have been in grave condition with no brain activity. Doctors said that when Yovani was cut from his mother’s womb, his oxygen supply had been cut off and caused him brain damage.

Julie Contreras, a family friend, asked the public to continue praying for him, WLS reported.

Last week on May 25, the family held a funeral for the baby’s mother, Marlen Ochoa-Lopez.

Ochoa-Lopez was murdered in April. Police said the 19-year-old mother, who was nine months pregnant, was strangled to death and her baby was forcibly removed from her body.

Ochoa-Lopez went missing on April 23 after she was lured to a meeting that had been arranged over Facebook to a Southwest Side home to supposedly pick up free baby items.

Police said that 46-year-old Clarisa Figueroa murdered Ochoa-Lopez and then cut the baby out of her womb.

After cutting the baby out of the 19-year-old mother’s womb, Figueroa then allegedly phoned 911 to say she had just given birth to a baby who wasn’t breathing, according to police.

Paramedics transported Figueroa to the hospital in Oak Lawn, a suburb of Chicago, where she reportedly underwent a physical exam that determined she had not given birth.

Police announced May 16 that three people—Figueroa, her 24-year-old daughter, Desiree Figueroa, and Figueroa’s boyfriend, 40-year-old Piotr Bobak—had been arrested and charged in connection with Ochoa-Lopez’s death.

Ochoa-Lopez’s family is thrilled about the baby’s improved state, but they continue to question why Figueroa was able to pretend the baby was hers before police intervention, Fox 32 News was told.

Prosecutors said that when Figueroa was brought with the baby to the hospital, she had blood on her upper body and her face, which a hospital employee cleaned off. They also said Figueroa was examined at the hospital and showed no physical signs of childbirth.

Police and Illinois’s child welfare agency said staff at Advocate Christ Medical Center didn’t alert them after finding that Figueroa did not give birth to the baby boy as she claimed.

Family Of Marlen Ochoa Wants To Know Why Alleged Killer Was Allowed To Stay With Baby At Hospital https://t.co/zJWQ93ISoO pic.twitter.com/rcjLPHYNHM

On May 18, Illinois Department of Children and Family Services spokesman Jassen Strokosch said that the agency had been alerted on May 9 that there were questions about who had custody of the child in order to make medical decisions. He said he couldn’t speculate about why the agency wasn’t contacted sooner.

“We don’t know what was happening at the hospital,” he said.

Legal Action in the Works

Avila told WLS that his team is trying to access records that are protected by HIPAA, the Health Insurance Portability and Accountability Act of 1996. Avila indicated that he anticipates legal action but was not at liberty to discuss details.

Meanwhile, Ochoa-Lopez’s family is pushing for lawmakers to enforce DNA testing for newborns, including other measures.

The law is being called “Marlen’s Law” and is sponsored by Batavia state representative Karina Villa, WGN9 reported.

If passed into law, it would require hospital staff to check the identification of an adult who presents with a newborn—something that was lacking in baby Yovani’s case.