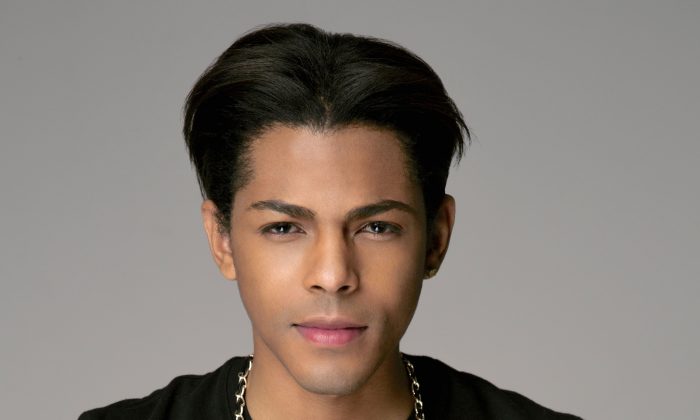 An Ottawa indie record label and artist management company has signed R&B/pop artist B. Howard, an American singer, songwriter, and producer who has worked with some big names in the industry.

Angie Hadad, owner and founder of the small start-up King Empire Entertainment (KEE), said the signing “represents the culmination of our entire approach to supporting music through collaborative artist development.”

“Signing an artist with the talent, scope, and credibility of B. Howard would be a coup for any record label,” Hadad said in a March 20 press release.

For years, there has been conjecture that Michael Jackson is Howard’s father.

“There really is no one else with a sound like B. Howard’s. He has the expertise to put together songs for Top 10 artists, and now he’s doing it for himself.”

With its larger market, record companies in the U.S. sometimes snap up Canadian singers—from opera to hip-hop artists. In this case, KEE (based in Ottawa with an office in LA) will manage Howard in collaboration with U.S-based Phil Quartararo, who has worked for Virgin, Warner Bros., and EMI Music.

Growing up, Howard and his family spent a lot of time at Hayvenhurst, the Jackson family’s compound in California, during the years when Michael Jackson also lived there. Patriarch Joe Jackson managed Miki Howard during much of that time. Howard’s ties with the Jackson family remain strong.

Howard has produced albums that went platinum for such R&B artists as NeYo, Wyclef Jean, and Marquis Houston. He has written songs for other artists, either singly or in collaboration with others in the industry, and co-wrote “Ke Nako,” the 2010 FIFA World Cup song that was endorsed by Nelson Mandela.

My music is a reflection of who I truly am as an artist—not who people or the media think I am.
— B.Howard

What makes Howard unique, apart from his musical ability, is the speculation surrounding his parentage. For years, there has been conjecture that Michael Jackson is Howard’s father.

Listen to his performances or interviews on YouTube and the similarities are there. Like Jackson, he talks in a subdued, understated manner. Also, his tonal quality when singing is somewhat similar to Jackson’s.

Howard himself likes to downplay the possibility of a genetic link with the Jacksons and hasn’t used it to help his career. Jackson DNA or not, Howard has been hitting the charts with his unique singing style.

“My music is a reflection of who I truly am as an artist—not who people or the media think I am. The title of my first North American album with KEE is ‘Nothing to Prove.’ That pretty much says it all. I’m looking forward to dropping it later this year,” Howard said in the KEE release.

He added that he sees the collaboration with KEE “going further than anyone expects; something equal to MoTown or Def Jam.”

Haddad said she will announce the method of release and title of the first single in the coming weeks.