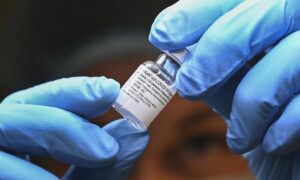 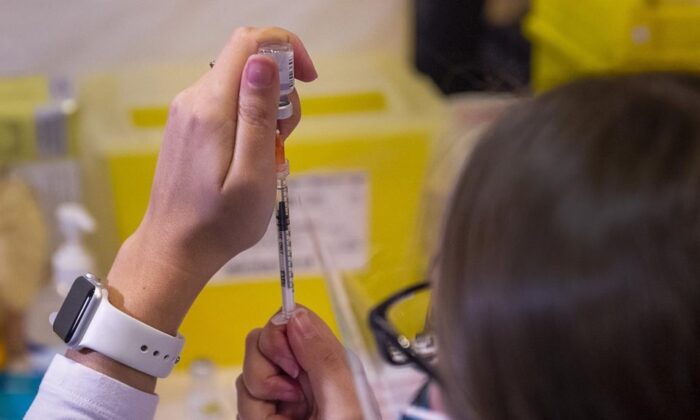 Several provinces began expanding their COVID-19 vaccination programs to members of the general population on Monday amid the prospect of more regular deliveries and the imminent arrival of a third approved vaccine.

In Montreal, mass vaccine sites including the Olympic Stadium opened their doors to the public as the province began inoculating older seniors who live in the hard-hit city.

The government announced last week it would begin booking appointments for those aged 85 and up across the province, but that age limit has since dropped to 70 in some regions, including Montreal. The province has already finished vaccinating long-term care residents with a first dose and was almost finished in private seniors homes, the premier said Saturday.

Some health units reported thousands of bookings and high call volumes, as regions such as York, Windsor-Essex, and Hamilton began taking appointments for seniors aged 80 or 85 and up, depending on the region.

In York Region—where those aged 80 and older could start scheduling and receiving their shots on Monday—vaccination clinics were fully booked just two hours after they started taking appointments, according to a spokesman.

“At this time residents are urged to remain patient and will be notified as more appointment bookings become available,” Patrick Casey said in a statement.

In British Columbia, Premier John Horgan and provincial health officer Dr. Bonnie Henry outlined the next phase of the province’s immunization plan, which covers all seniors 80 and over and Indigenous seniors 65 and up.

Despite the good news, Horgan warned that the province still has several difficult months to come. “Although there is light at the end of the tunnel, we’re far from out of this,” he said.

The Public Health Agency of Canada is expecting delivery of about 445,000 doses of the Pfizer-BioNTech vaccine this week and none from Moderna—numbers that are down from last week’s all-time high.

It’s unclear when the first doses of the recently approved AstraZeneca vaccine will arrive in the country, but a senior government official told The Canadian Press on background Sunday the first doses could land as early as mid-week.

Henry said the AstraZeneca vaccine would allow health officials to be more flexible in how shots are provided. Unlike the first two vaccines, AstraZeneca is stable at normal refrigerated temperatures.

B.C. also announced it would extend to four months the time between first and second doses of COVID-19 vaccine in order to allow the province to vaccinate more people sooner.

Henry said the decision was based on evidence that showed the first two approved vaccines provide “a high level of real-world protection” after one dose.