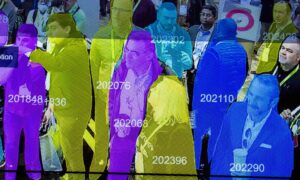 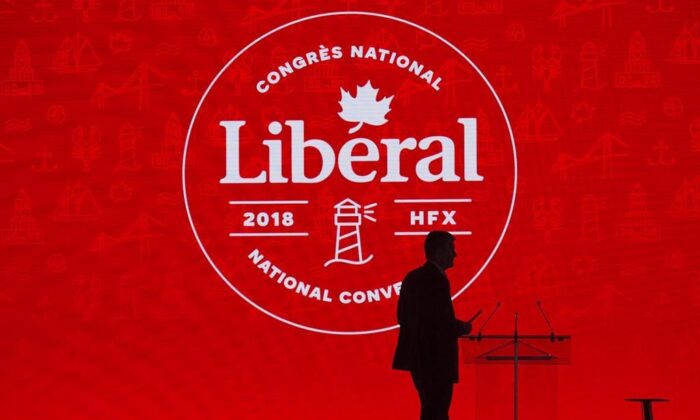 Nova Scotia Premier Stephen McNeil takes the stage at the start of the federal Liberal national convention in Halifax on April 19, 2018. (The Canadian Press/Andrew Vaughan)
Canada

OTTAWA—British Columbia’s privacy watchdog has launched an investigation into the federal Liberal party’s use of facial recognition technology to pick candidates for the next election.

B.C. information and privacy commissioner Michael McEvoy’s office ended weeks of speculation on Friday by announcing the investigation in response to concerns from the Canadian Civil Liberties Association.

“The investigation was initiated in the wake of concerns about the Liberal Party of Canada’s use of a third−party service provider for automated identification verification,” McEvoy’s office said in a statement.

“The investigation will review whether the Liberal Party of Canada’s use of facial recognition is compliant with BC’s Personal Information Protection Act.”

The Liberals have been using face recognition technology from American−based firm Jumio to verify the identity of those eligible to vote in meetings to nominate candidates who will run for the party in the next federal campaign, which could start as early as this weekend.

Those nomination meetings are normally held in person, but have moved online this summer because of the COVID-19 pandemic.

Jumio’s technology compares a selfie to a government−issued identity document to make sure the document is valid, the picture matches the person in the selfie, and that the person is physically there.

The company says it works with firms in some 200 countries and lists 7-Eleven and PC Financial among its clients in Canada. It reported in early May that it was verifying more than one million identities daily as the pandemic drove a need for physically distanced checks.

The civil liberties association sent a letter to the Liberals in June saying using facial recognition technology to allow its members to vote online during the pandemic is laudable for some democratic goals, but at this time is the wrong tool for Canada.

The association in its letter said facial recognition technology comes with privacy and reliability concerns, and that the Liberal party’s use of such software “sends the wrong message to municipal, provincial and federal election officials that this technology is ready for prime time.”

The Liberals did not immediately respond to requests for comment on Friday, but the party has previously said it consulted the guidance issued by the federal privacy commissioner on the appropriate use of the technology before adopting the software.

Jumio also did not immediately respond to requests for comment.

McEvoy’s office noted in its statement that the Liberals did include an alternative method for confirming members’ identification that did not use facial recognition technology.

The commissioner “is drawing this alternative to the attention of individuals participating in nominations because the ’automated ID verification’ method is now under investigation,” the statement added.

“In doing so, the commissioner is not expressing any view on the merits of the matter, which remain to be determined.”

McEvoy previously told The Canadian Press in June that B.C. is the only jurisdiction in Canada that has privacy laws that ensure the activities of political parties are subject to independent oversight, including the use of identity technology.

NDP ethics critic Charlie Angus wrote federal privacy commissioner Daniel Therrien in June asking for a similar probe of the Liberals’ use of facial recognition technology, but the party says it has yet to receive a response.

“It is troubling that the Liberals are experimenting with the massive power of facial recognition technology without coming clean with their volunteers and supporters,” Angus said in a statement on Friday.

“The Liberals are starting to exhibit a pattern of letting the interests of big tech companies selling shiny new technologies come ahead of the rights and privacy of everyday Canadians.”