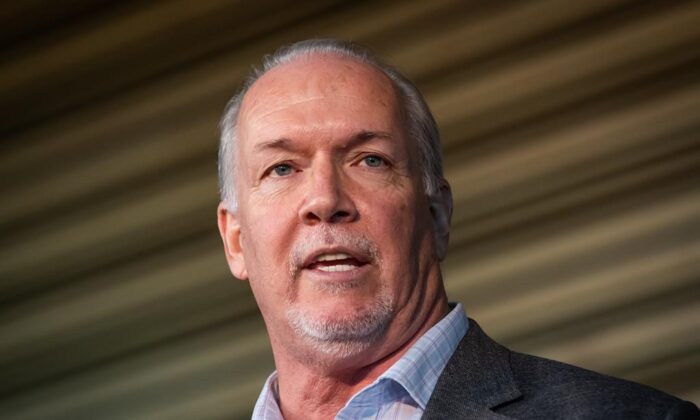 VICTORIA—The premier’s office in British Columbia says John Horgan is recovering well after undergoing biopsy surgery for a growth in his throat.

It says in a statement that Friday’s surgery was successful and Horgan is in good spirits.

The statement says further updates will be issued in the coming days.

Horgan announced Thursday that he had noticed a lump on his neck and had been in and out of the hospital for tests that revealed a growth requiring biopsy surgery.

The 62-year-old premier has said he intends to stay on the job, but he appointed Public Safety Minister Mike Farnworth to serve as deputy premier as a precaution.

Horgan said he’s been in this spot before, having survived bladder cancer in his 40s.

“It’s important, I think, for people to understand that this isn’t the first time I’ve experienced a health issue like this,” Horgan told a news conference on Thursday.

“It’s the extraordinary efforts of our public health-care system that gives me complete confidence that all will be fine for me.”