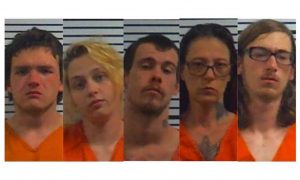 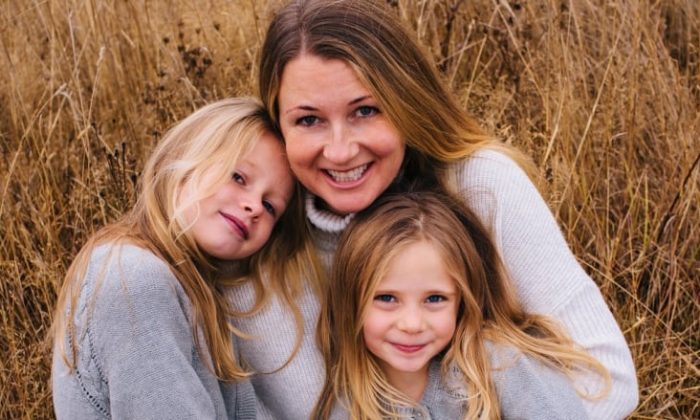 Four-year-old Aubrey and six-year-old Chloe with their mother Sarah Cotton. The girls had been found dead in their father's apartment in Oak Bay, B.C., in December 2017. (Ryan MacDonald Photography)
Canada

VANCOUVER—A mother says she “screamed like never before” when police told her that her two young daughters had been found dead in their father’s apartment in Oak Bay, B.C., in December 2017.

Sarah Cotton testified Monday at the trial for Andrew Berry, who has pleaded not guilty to second-degree murder in the deaths of his daughters, four-year-old Aubrey and six-year-old Chloe.

Cotton told a British Columbia Supreme Court jury that she began frantically calling and texting Berry after he failed to return their daughters at noon on Christmas Day as required by a court order.

His parents arrived at her house at 2 p.m. and Berry’s father stayed behind while Cotton and Berry’s mother drove to the man’s apartment, knocked on the windows and buzzed the front door. There was no light on inside and no answer.

Cotton testified that she stayed at the station as officers visited Berry’s apartment. When police collected Berry’s father from her home and brought him to the station, she knew something was very wrong, she said.

She recalled that two officers sat her down in a chair and held her tightly as they delivered the news.

“They said Chloe and Aubrey have been injured. I thought, ‘OK, but they’re alive,’ ” she said through tears. “And then they said, ‘They’re dead.’ ”

“I screamed like never before. I was in shock.”

Earlier Monday, Cotton testified her relationship with Berry changed after the birth of their first child. By September 2013, when Berry was her common-law partner, their relationship was “very, very bad, very tense, very strained,” she said.

She said she called police and the Children’s Ministry on several occasions, including to report suspected inappropriate touching of Aubrey, but police found no evidence the touching was sexual or criminal.

A court decision in 2017 outlined how Berry and Cotton would share parenting responsibilities, including at Christmas, and stipulated that they should communicate by email except in case of emergency.

Several hours before Cotton was to drop the girls off on Dec. 21, 2017, she drove by his apartment and saw that it was dark. Chloe told her, “We use flashlights. It’s just like camping.”

Cotton realized Berry’s electricity might have been shut off because he had resigned from his job at BC Ferries several months before. She didn’t mention it when she dropped the girls off because she didn’t want to provoke him, she said.

“I wanted to keep the peace because it was Christmas,” she said, crying. “I was concerned for their well-being.”

She sent him two emails asking about the electricity, but he didn’t reply, and she also asked Berry’s mother to suggest to him that he stay with his sister.

Cotton wept as she recalled the last time she saw the girls alive, when she returned to Berry’s home a day later to deliver a beloved stuffed toy of Chloe’s. The little girl was wearing a pink dragon costume, she remembered.

Both girls asked when they could come back to her house and she replied that it was supposed to be three days but she was hoping for sooner, she said.

“I told them that I loved them,” she said, sobbing.

Crown attorney Clare Jennings has told the jury that the father stabbed his daughters dozens of times each before attempting to kill himself.

Defence lawyer Kevin McCullough has suggested the first police officer who responded to the scene made a mistake when he left Berry’s apartment door unattended for five minutes.

The officer testified he could not say whether anyone had left the suite during that time.

On Monday, McCullough read an email Cotton had sent to a friend expressing worry that people were “after” Berry.

“My gut tells me he’s in a very bad place and may have people after him, re: gambling debts. But at least he had the brains to not take the girls this weekend,” the May 2017 email read.

Cotton testified Berry didn’t tell her he had gambling debts, but she assumed he did because he’d had a broken window that wasn’t fixed for some time.

Cotton said she was “in shock” because of the court decision giving Berry joint guardianship and she was doing her best. She said their relationship was still strained.

Also on Monday, the court released surveillance video taken at a grocery store and recreation centre on Dec. 24, 2017, where the girls are seen smiling and walking around with their dad.