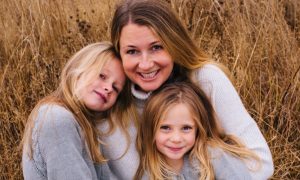 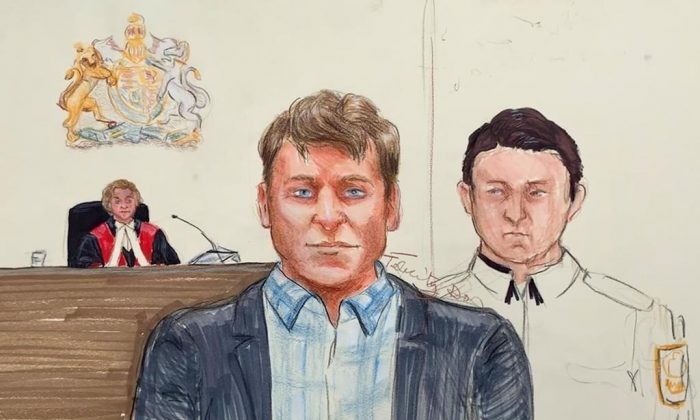 VANCOUVER—A Vancouver Island man testified Wednesday that he didn’t kill his two daughters and denied he tried to take his own life on the day they died.

Berry was a problem gambler who owed a lot of money to bad people, McCullough said.

He said his client will testify that he was attacked in his apartment on Christmas Day 2017 and when he came to, six-year-old Chloe Berry and four-year-old sister Aubrey Berry were dead.

Berry took the stand in his own defence, charged with two counts of second-degree murder.

A jury has already heard the children were stabbed to death in Berry’s Oak Bay apartment and that police found him injured in the tub.

“Did you attempt suicide on Christmas 2017?”

Berry testified that he had a happy life with the two girls.

He described going camping with them, reading books before bedtime and taking the girls to school. He talked of how their personalities changed as they grew.

Chloe was outgoing while Aubrey was shy, he said.

“(Chloe) would talk to anyone,” he said choking up. “She was not shy.”

Berry described Aubrey as a watcher.

The court has already heard that Berry and the children’s mother had a difficult relationship co-parenting the girls.

Sarah Cotton had testified previously that she had called the Children’s Ministry twice saying that Berry had sexually touched Aubrey, but police found no evidence the touching was sexual or criminal in nature.

Berry told the court that he did not sexually assault Aubrey.

He testified that he began gambling when he worked as a bellboy at the Sutton Place in the 1990s. He would gamble once a week, adding he lost more than he won.

He played baccarat and went on to sports betting, he said.

He said he began to “cut corners” and struggled to pay rent.

He decided to quit his job at BC Ferries so he could cash his pension and pay Paul $25,000. Berry told the jury that Paul agreed to that proposal on the condition that he could store a bag in Berry’s apartment.

“I agreed. It was easy…I was in a desperate place,” he said.

Berry said he knew the bag had something illegal in it.

Later that summer Berry said he still couldn’t pay back the amount he owed Paul so he agreed to store another bag for him.

That was when Paul also demanded a set of keys to his apartment, Berry said.

Earlier in the trial, the jury heard that police found a note at the crime scene addressed to Berry’s sister that detailed grievances with relatives and the girls’ mother.

“Betrayed, bullied, and miscast I set out to leave with the kids,” the letter read. “But I thought it better for myself and kids to escape.”

Barry testified Wednesday that he did try to kill himself, but that was in November 2017, a month before the girls were killed.

His testimony is to continue Thursday.