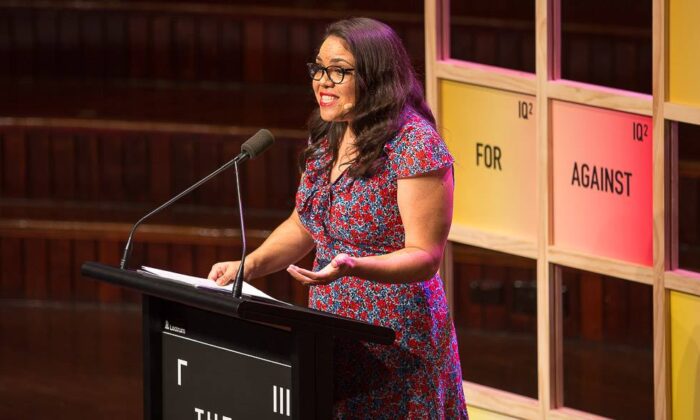 Australian centre-right Liberal senator Jacinta Nampijinpa Price has warned that the government’s plan to scrap the Cashless Debit Card system could lead to a resurgence in alcohol-related crime and violence in remote Australian Aboriginal communities.

Meanwhile, towns where the system has been implemented, say it has been successful in reducing alcoholism and related crime and note the lack of consultation over the abolition of the program and what will replace it.

“Why Labor wants to axe the scheme is a complete mystery to anyone who has spent time in these communities,” Price said in a statement on Friday.

“Like I’ve said before, where the Cashless Debit Card system is used, there is a decrease in drug and alcohol issues, crime, violence and anti-social behaviour.”

Price also cited improvements in child health and wellbeing, financial management, and community support since the introduction of the card.

“These are real problems, and the Cashless Debit Card is a real solution,” she said.

The Cashless Debit Card (CDC), which was first introduced to some remote communities in 2016, is a type of compulsory income management and alternative method of welfare delivery whereby 80 percent of recipients’ social security payments and 100 percent of their lump sum payments are put onto a visa debit card issued by the government, rather than the payments being made directly into their bank accounts.

The card operates like a normal debit card, except that, in order to curb the alcoholism, drug use, gambling, and subsequent family abuse rampant in these communities, the card cannot be used to withdraw cash or purchase items from stores selling alcohol, drug, or gambling products.

The remaining 20 percent of the welfare payment is deposited into recipients’ bank accounts and can be withdrawn without restriction.

Key stakeholders, including Aboriginal community leaders, were consulted prior to the commencement of the trial, which they supported and were actively involved in, including the setting of the quarantined portion of income at 80 percent.

The CDC has since been extended to other remote regions, and the former Liberal-National government also extended the trial until Dec. 31, 2022, after not winning support in the Senate to make the CDC permanent.

Why Labor Government Wants to Abolish the Card

On July 27, the centre-left government introduced legislation to axe the CDC, a commitment they had taken to the federal election in May.

In a release on that same day, social services minister Amanda Rishworth said the move came after consultation with Aboriginal community leaders, service providers, and CDC participants in the trial regions.

“And we have heard them loud and clear,” she said. “The Cashless Debit Card stigmatised, and it often makes participants’ lives more difficult because they cannot access the cash economy.”

The minister said that the government will continue to consult impacted communities to explore the future direction of income management and other forms of support people might need.

However, Senator Price argues that Labor’s plan to remove the CDC system demonstrates a lack of understanding of Aboriginal tradition.

“In our traditional culture, the family has the right to demand access to anything you own, and you are obliged,” she said. “When you have family members with addiction, it is easy to become a target because of your income.

“The Cashless Debit Card is a tool to protect the people who need that help, to make sure it can’t be taken from them and spent on someone else’s addiction like cash could be.”

A parliamentary committee is currently accepting submissions as part of its assessment of the government’s proposed legislation to axe the card.

In a submission to the committee, former mayor of Ceduna, South Australia, Alan Sutter, said during his 15 years on the council there, he witnessed a number of initiatives aimed at addressing social issues in the Ceduna community.

“All were well meant, and all achieved very little until the advent of the Cashless Debit Card. This was not a magic bullet but resulted in massive improvements,” he said.

Sutter, who had been heavily involved in the implementation of the CDC trial along with the council CEO and six Aboriginal leaders, said the group did a lot of work to ensure that card hoilders had support to cope with any disadvantages that came along with the card.

He explained that the CDC intended to address three main problems in Ceduna, one of which was the high level of social disruption due to intoxicated people.

“Since the trial of the CDC we have had no deaths, levels of family violence have been reduced, and the lives of many women and children have been hugely improved,” Sutter said.

“Prior to the CDC our community had gangs of children as young as 6 years roaming the streets and committing crimes— I was told by some of the youths involved that this was mainly due to their homes not being safe because of intoxicated visitors or family members. This is not happening now.

“My final comment is that the government will regret the foolish abandonment of the only system that has caused considerable improvement to what really is a broken situation,” he said.

Little Consultation with City of Kalgoorlie-Boulder over Repeal of CDC

A submission to the committee from the City of Kalgoorlie-Boulder in Western Australia also explains the benefit the CDC has brought to the community and notes that there has been little consultation with the City over the repeal.

The submission states that the CDC has made a significant difference in the community, including a reduction in alcohol use and associated behaviours, early improvements to child welfare and well-being, improvements to financial management, and a 57 percent reduction in crime over the life of the program.

“There was significant consultation undertaken in the region prior to the introduction to the program; however, the decision to abolish the CDC has been made with little consultation with the community, and the City remains unconsulted on the support mechanisms that will be in place for people now transitioning off the CDC,” the submission reads.

Among the recommendations the City of Kalgoorlie-Boulder make to the committee is the need for in-person consultation with the community to ensure they are directly involved in developing alternatives to welfare management in the region.

The importance of increasing support services to “fill the loss of the positive CDC outcomes experienced” is also stressed, as is that no decision should be made to remove the CDC system until alternative arrangements are developed and funded.

However, the North Australian Aboriginal Justice Agency (NAAJA), the largest provider of legal services in Australia’s Northern Territory, supports the repeal of the CDC, going a step further and calling for an end to all forms of compulsory quarantining of welfare payments.

“We commend the Bill for seeking to abolish the CDC Program, a scheme which has failed to deliver conclusive evidence of achieving its stated objective of reducing social harm, and which has led to the majority of CDC participants across trial sites experiencing feelings of discrimination, embarrassment, shame and unfairness as a result of being on the card,” their submission reads.

“However, as it stands, this Bill is a missed opportunity to remedy the IM (Income Management) Regime—a scheme that has no justification morally, politically, or economically.”

A key focus of NAAJA’s recommendations to the committee is the need to increase education and employment opportunities for Aboriginal people ‘on country’. This would involve the collaboration of the federal government, government service providers, educational institutions, and the corporate sector.

They also suggest establishing and adequately investing in a Remote Jobs Fund to “make a material difference in closing the remote employment gap”.

Following submissions to the inquiry, the parliamentary committee is scheduled to release a report by Aug.31.