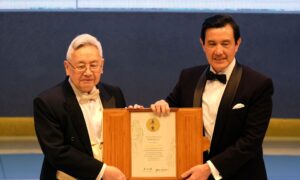 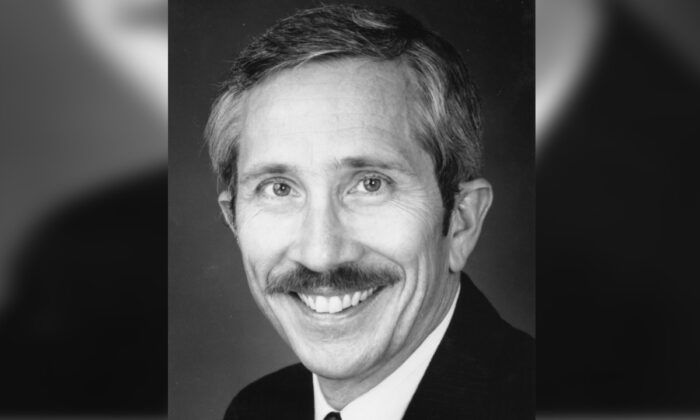 Civil War historian Stephen B. Oates. in an undated photo. (University of Massachusetts via AP)
US News

AMHERST, Mass.—Stephen B. Oates, an award-winning Civil War historian who wrote biographies of Abraham Lincoln, Martin Luther King Jr., Clara Barton, William Faulkner, and others, has died. He was 85.

Oates died Friday at his Amherst home surrounded by family after a battle with cancer, officials at the University of Massachusetts Amherst, where he was a professor from 1968 until 1997, said in a statement.

Oates received the Robert F. Kennedy Center for Justice and Human Rights book award in 1983. In 1993, the Civil War Round Table of Chicago awarded him the Nevins Freeman Award for Civil War scholarship and biography.

He was also a key consultant on filmmaker Ken Burns’ 1990 documentary series “The Civil War.”

“Stephen was an extremely valuable advisor to our Civil War series and an informed and passionate participant,” Burns said in a statement released by UMass. “He knew the bottom-up story as well as the top-down one, but more importantly, he knew and appreciated the huge stakes for the United States and indeed the world in a Union victory.”

He earned the RFK Center award for “Let The Trumpet Sound: The Life of Martin Luther King, Jr.”

“Stephen had a talent for bringing history to life. The characters and events he chronicled come off the pages to live in our imaginations and fuel our understanding of our history,” said Kerry Kennedy, president of the RFK Center according to UMass.

He called his biographies of King, Lincoln, Nat Turner, and John Brown his “Civil War quartet.”

“They humanize the moral paradox of slavery and racial oppression in a land based on the ideals of the Declaration of Independence,” he wrote in a 1986 essay.

“All four were driven, visionary men, all were caught up in the issues of slavery and race, and all devised their own solutions to those inflammable problems,” he wrote. “And all perished, too, in the conflicts and hostilities that surrounded the quest for equality in their country.”

Oates was a semifinalist and silver medal winner in the national Professor of the Year competition, sponsored by the Council for the Advancement and Support of Education, earned awards for teaching at UMass, and was one of the school’s most sought-after professors.

“The Department of History at the University of Massachusetts Amherst has lost one of the leading teachers and writers in its history,” department Chair Brian W. Ogilvie said.

Oates was born in Pampa, Texas, in 1936 and earned bachelor’s, master’s, and doctoral degrees from the University of Texas. He is survived by two children and four grandchildren. His former wife, Helen Oates, died in 2019.

Funeral services are private. A memorial service is planned at UMass Amherst in the spring.