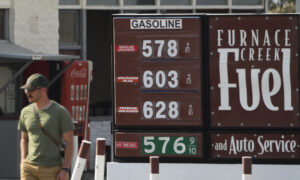 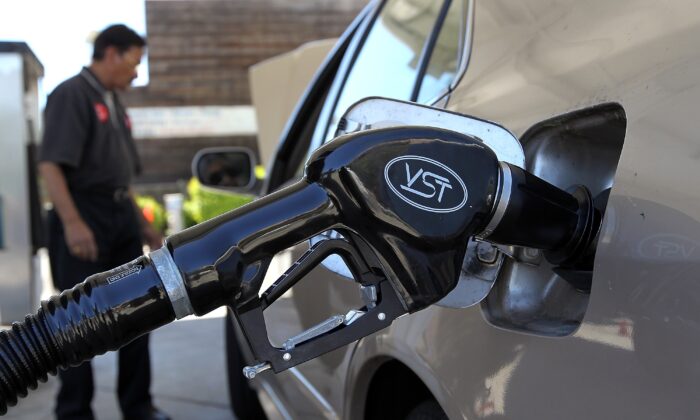 A gasoline pump rests in the tank of a car, in San Anselmo, Calif., on 12 June, 2012. (Justin Sullivan/Getty Images)
US News

Average US Price of Gas Rises 5 Cents per Gallon

CAMARILLO, Calif.—The average U.S. price of regular-grade gasoline rose a nickel over the past two weeks, to $3.21 per gallon.

The price at the pump is 97 cents higher than it was a year ago.

Nationwide, the highest average price for regular-grade gas is in the San Francisco Bay Area, at $4.39 per gallon. The lowest average is in Baton Rouge, Louisiana, at $2.65 per gallon.

The average price of diesel in the survey taken Friday was $3.30 a gallon, up 3 cents from two weeks earlier.