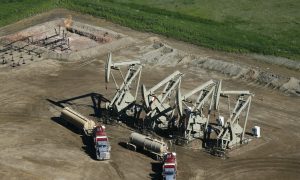 While Job Growth Lifts Most of US Economy, Oil Patch Suffers
0 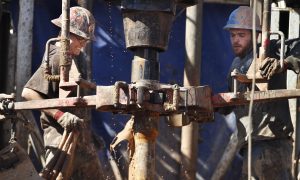 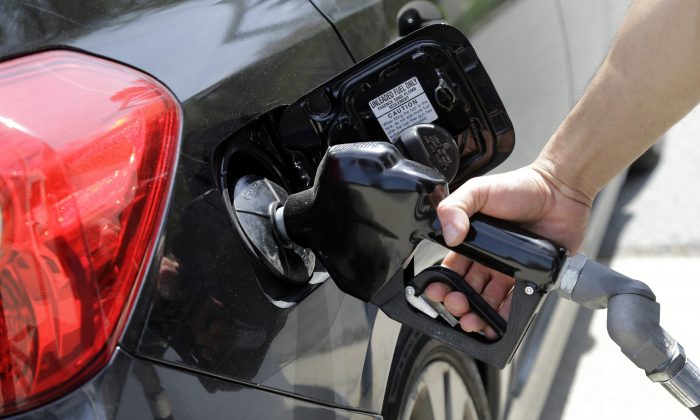 Gas station attendant Carlos Macar pumps gas in Andover, Mass., on May 8, 2015. Gasoline is close to breaking below a key psychological barrier as drivers enjoy some of the cheapest pump prices since the recession. The nationwide average price of a gallon of regular Saturday, Dec. 12, 2015, was $2.02, down 58 cents from this time last year, according to auto club AAA. Experts say it could drop below $2 in the coming days. (AP Photo/Elise Amendola)
Business

DALLAS—Gasoline is close to breaking below a key psychological barrier as drivers enjoy some of the cheapest pump prices since the recession.

The nationwide average price of a gallon of regular Saturday was $2.02, down 58 cents from this time last year, according to auto club AAA. Experts say it could drop below $2 in the coming days.

For consumers, this winter is shaping up to be a good one, energy-wise: With oil below $40, natural gas under $2, and a relatively warm winter predicted, they also stand to pay less to heat their homes.

According to data compiled by AAA and the Oil Price Information Service, drivers in about half of the states are already paying below $2 for gas. South Carolina has the lowest average price at $1.79 a gallon. At the high end, Californians are paying $2.65 and Hawaiians are shelling out $2.76.

The relative bargains at the pump might last a while, because global supplies are high and demand appears to be weakening. Oil prices fell Friday after the International Energy Agency predicted that demand will grow more slowly next year. The organization expects 2016 growth to be only two-thirds the size of 2015’s increase.

Rising production, mostly from OPEC, is also pressuring oil prices. Iran, Iraq and other members of the oil cartel are trying to boost output as they dig out from economic sanctions and wars.

Crude oil futures fell $1.14 to close at $35.62 a barrel Friday on the New York Mercantile Exchange.

Tom Kloza, head of energy analysis for the Oil Price Information Service, said gas could go as low as $1.79 a gallon by winter, before rising again next year.

Refiners often curtail production to perform maintenance on their plants during the slower late-winter and early-spring periods, and that is followed by the annual summer surge in driving. That yearly decrease in supplies and uptick in demand usually pushes prices up as the beginning of summer approaches.

While gas is at its cheapest price in more than six years, some suggest it should be even cheaper.

Jodie Gunzberg, the head of commodities research at S&P Dow Jones Indices, studied monthly prices for crude oil and gasoline going back to 1988. She found that the two generally went up or down about the same. But so far this year, she said, oil prices are down 29 percent while gasoline is down only 16 percent.

If gasoline prices had behaved exactly the same as oil prices this year, she estimates that consumers would be saving another 6 percent at the pump—about 12 cents on every gallon.

Consumers might not complain too loudly, however. Filling up a 20 gallon tank will cost an average $40.40 this weekend compared with $52 a year ago. And the Energy Department said this week that the average household can expect to spend $570 less for heating oil this winter, while a natural gas user should save 13 percent.