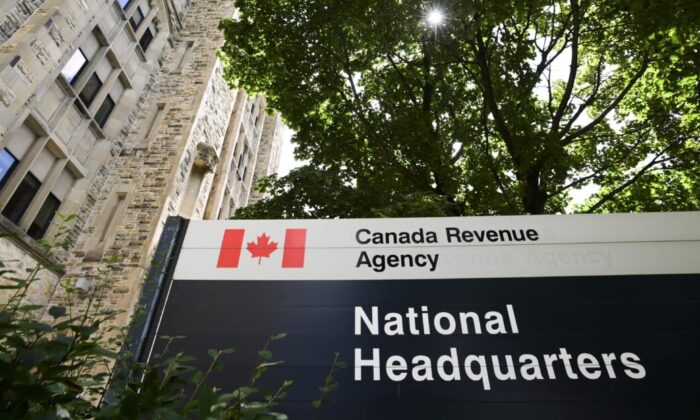 The average Canadian family spent over 40 percent of its income on taxes in 2021—more than food, housing, and clothing combined—according to a new study by the Fraser Institute.

In total, families spent 43 percent of their income on taxes compared to 35.7 percent on basic necessities such as food, shelter, and clothing.

The study, titled “Taxes versus the Necessities of Life: The Canadian Consumer Tax Index 2022 Edition” also tracked the increase in taxes paid by the average Canadian family over the past 60 years.

The authors noted that taxes “have grown much more rapidly than any other single expenditure.” In 1961, families spent 35.5 percent of their income on taxes and 56.5 percent on basic necessities.

Adding various types of taxes, the authors calculated that the tax bill of the average family grew by 2,440 percent between 1961 and 2021, compared to increases in annual housing costs (1,751 percent), clothing (643 percent), and food (790 percent).

In addition, the authors said the increase in tax bills has “greatly outpaced” the increase in Consumer Price Index (802 percent), which measures the average price change in food, shelter, clothing, transportation, healthcare, and education, among others in the last six decades.

Noting that governments at the federal and provincial levels have returned to deficits to finance their spending in recent years, particularly during the COVID-19 pandemic, the authors also argued that the deficits should be considered as deferred taxation.

“Of course these deficits must one day be paid for by taxes,” they wrote. “Once deferred taxes are included, the tax bill of the average Canadian family has increased by 2,845 [percent] since 1961.”