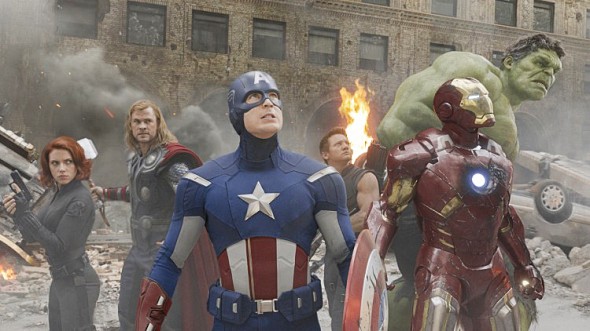 Avengers 2 is currently filming and there’s lots of speculation about the upcoming sequel.

Many of the cast members from the first Avengers are coming back, including Scarlett Johansson, Chris Evans, Robert Downey Jr., and Mark Ruffalo.

There’s new speculation that Spiderman (Andrew Garfield) was going to join the Avengers, but the photo that purportedly shows Garfield on set is actually photoshopped.

More speculation comes from Movie Pilot, which posits that She-Hulk should join the Avengers at some point.

“Let’s say when Ultron decides to go rogue and start destroying New York at about halfway into the film, in that chaos Bruce Banner’s cousin: Jennifer Walters was wounded but Hulk saves her. None of the Avengers’ blood matches Jennifer’s except for one: Bruce’s. As a last resort, Bruce performs a blood transfusion to save the only family he has. She lives but little do they all know that Bruce’s blood has created another monster,” it said.

“Just as the big ending fight begins (we know there’s going to be one), Jennifer is crushed by a pile of concrete by Ultron. This causes Bruce to transform out of anger and begin fighting along the Avengers. A green hand punches through the rubble, standing from it is the new hero: the She-Hulk. With the help of She-Hulk, the Avengers defeat Ultron…unfortunately the battle is not over.

“Due to his transformation being forced onto him by anger, the Hulk is uncontrollable now. Since She-Hulk is not a raging beast, she teams up with Tony Stark in the Hulkbuster suit to face the jolly green giant. She may not be as strong as Hulk but she can outsmart him.”

The blog says that Olivia Wilde, Alice Eve, and Rachel Weisz are among the actresses that would be good as She-Hulk.