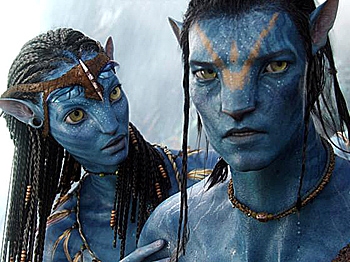 James Cameron, who is directing Avatar 2, Avatar 3, and Avatar 4, recently urged filmmakers to “go nuts” with 3D and predicts that the medium will come “roaring back.”

Cameron said in an interview broadcast at London’s 3D Creative Summit that he’s probably too conservative with 3D and is shifting in the three sequels to the popular movie.

“I’m going to open up my depth more on the Avatar sequels,” Cameron said, reported Screen Daily. “In my defense, I thought I might be making a three-hour movie and nobody had ever gone more than 90 minutes so we didn’t know if people were going to go crosseyed and have their eyeballs melt. Now we know good stereo is good stereo and you can watch it indefinitely.”

“Ask questions on day one and day two – and then run with it on day three,” he suggested. “Incorporate it into the storytelling in ways that aren’t gimmicky but are fun and seductive to the eye.

“I want filmmakers to embrace this technology as an art form. People like Martin Scorsese, Ang Lee and Alfonso Cuaron are artistically using that third dimension versus studios forcing filmmakers to do post-conversion where the shots weren’t composed with 3D in mind and it just doesn’t feel right.”

Cameron also said that he thinks 3D is going to come “roaring back” to the home market, predicting that consumer electronics will incorporate the technology at some point.

He also revealed that he filmed his upcoming documentary Deepsea Challenge in 3D by creating cameras that are about the size of a thumb. “

“We were trying to revolutionize how you shoot a documentary in 3D,” he said.

“These tiny [camera] systems could be used on Formula 1 race cars, MotoGP motorcycles, helmet cams or when jumping out of an aeroplane.”